@matigo You could never have worked for my former employer. We used something called “eg” software which timed & categorised every piece of work done to the second, including toilet breaks, drink breaks. Any “non-productive” time was challenged by directors. It was sold as a way of allowing us to bid accurately for contracts (agreed), but turned into one great big stick to beat people with. Management became a numbers game, just manipulation of statistics. Yes, I was very happy to leave.

@JeremyCherfas True - & I keep up with your bread adventures via Instagram.

@JeremyCherfas Not really doing a lot, so nothing really to say! Limited real-life conversation, though I had coffee in a friend's garden while the puppy waa groomed. So good to sit & chat with a friend! This has been very hard on those who live alone. I nearly had a relapse last weekend, back to the state I was in this time last year. I've made a fantastic recovery, but at times it's still precarious. Fortunately my friends were able to support me via phone calls & messaging.

Dog walking hasn't been as photographically interesting - partly because it has been too hot to go far and partly because Poppy is in season, so being cautious about where we go! Country parks are opening car parks next week, so we might get back to our usual forest walks once she's "safe". Unfortunately the government decided people could travel anywhere for exercise, so they have. The beaches have been busy, countryside busy, so locals haven't been going far, to minimise mixing. And with people not working, children off school it's going to be like one very long summer season. We're within a 2 hour drive of London…

Gardening being done, heat permitting, but still untidy. Front of house was repainted this week, that was nice.

@matigo Yes that would be enough. Although I don’t use Time Machine very often, as I only open the Macbook about once a week, and that’s because I find it easier to type in Twitch chat using it. Or I use it to upload photos from my camera. That’s fun, uploading RAW files to OneDrive via my “superfast fibre” broadband, which uploads at about 3Mbps. I really ought to get a NAS set up somewhere. Or a large removable drive that the Mac can use. I have a few, but they were all originally used on the PC, so are NTFS & I don’t want to have to start again with them. But that doesn’t get my data securely stored off-site. My brother runs a NAS and his off-site backup consists of handing me a hard drive periodically, which I store in a fireproof box at home.

@matigo I'm using that plan. More than I need but like you I wanted to ensure things were backed up. I have more Apple hardware now, so it made sense to get them all backed up to iCloud rather than remembering to back up to iTunes on my PC, which is hardly ever on now & takes 10 minutes to boot up properly. And appears to need another new battery, which is inconveniently sited behind my graphics card, so that has to come out. I will do it, if only because I'm fed up of the BIOS interrupting boot up!

Crazy puppy! At least she’s all clean and trimmed! 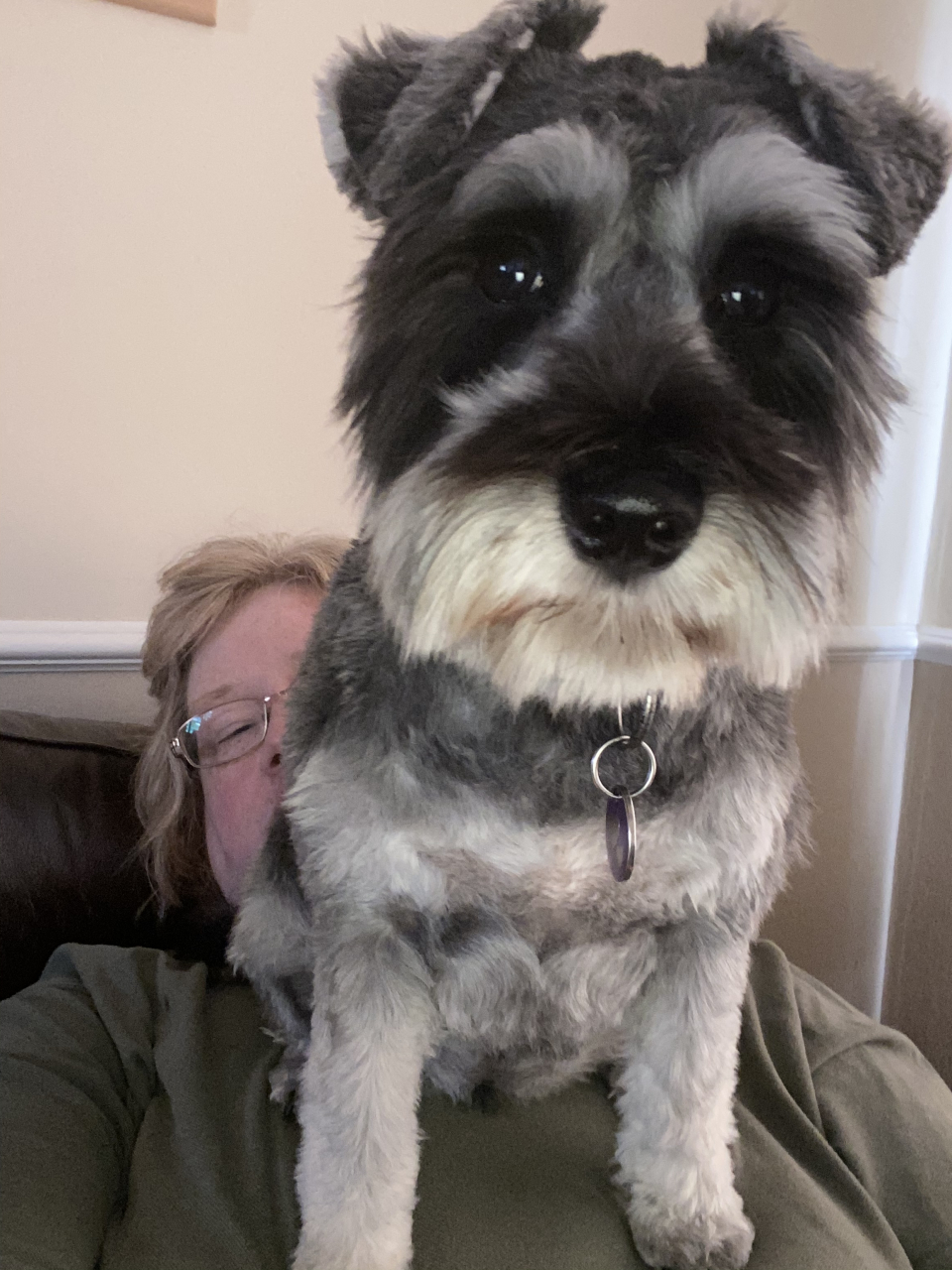 @variablepulserate It’s ok. A bit dull, but hey. In normal life there’s a café, children’s play area, tennis courts, skate park & the town football ground. Of course that’s all out of action at the moment.

Evening walkies in the park. Lovely and quiet. 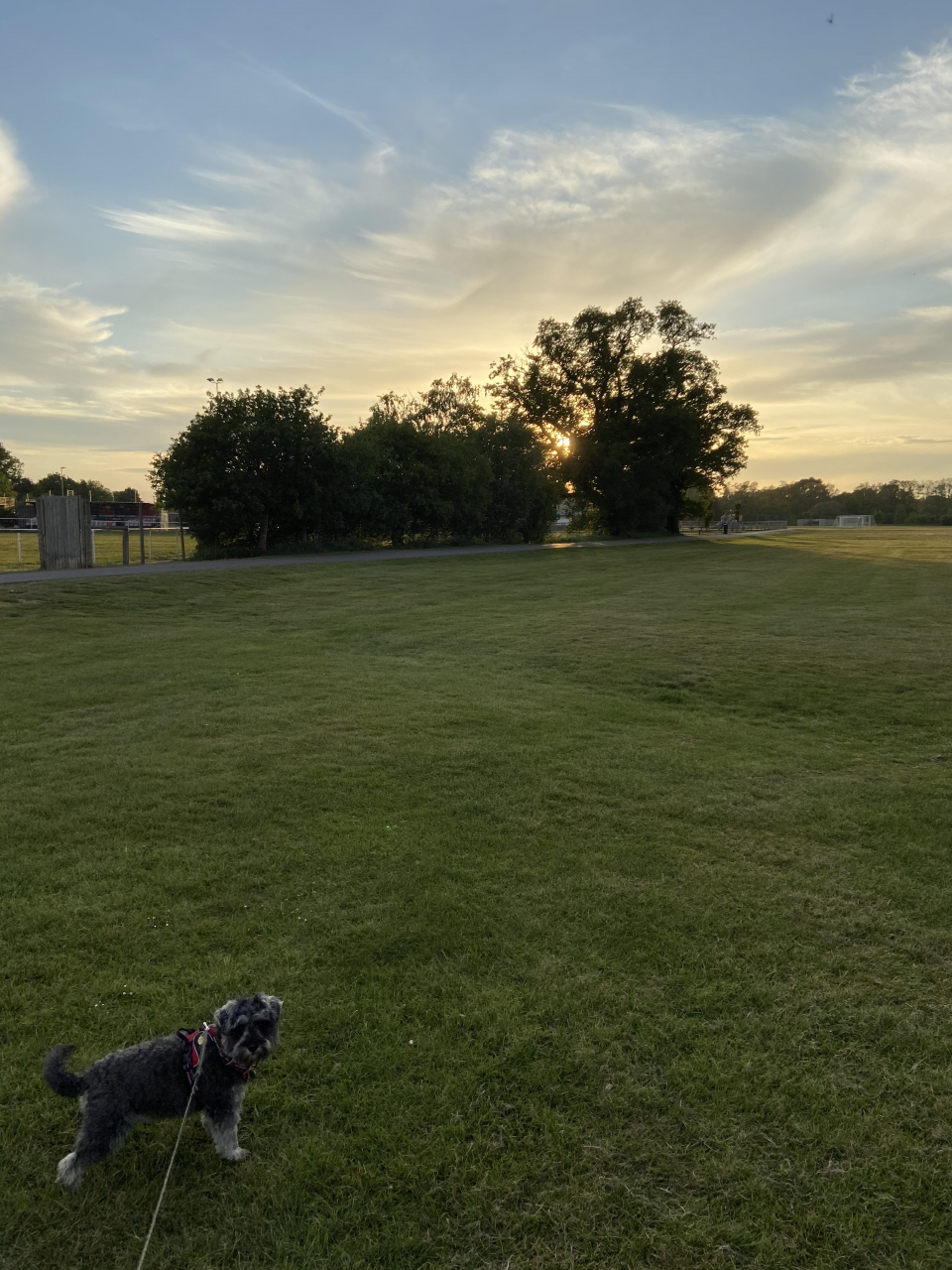 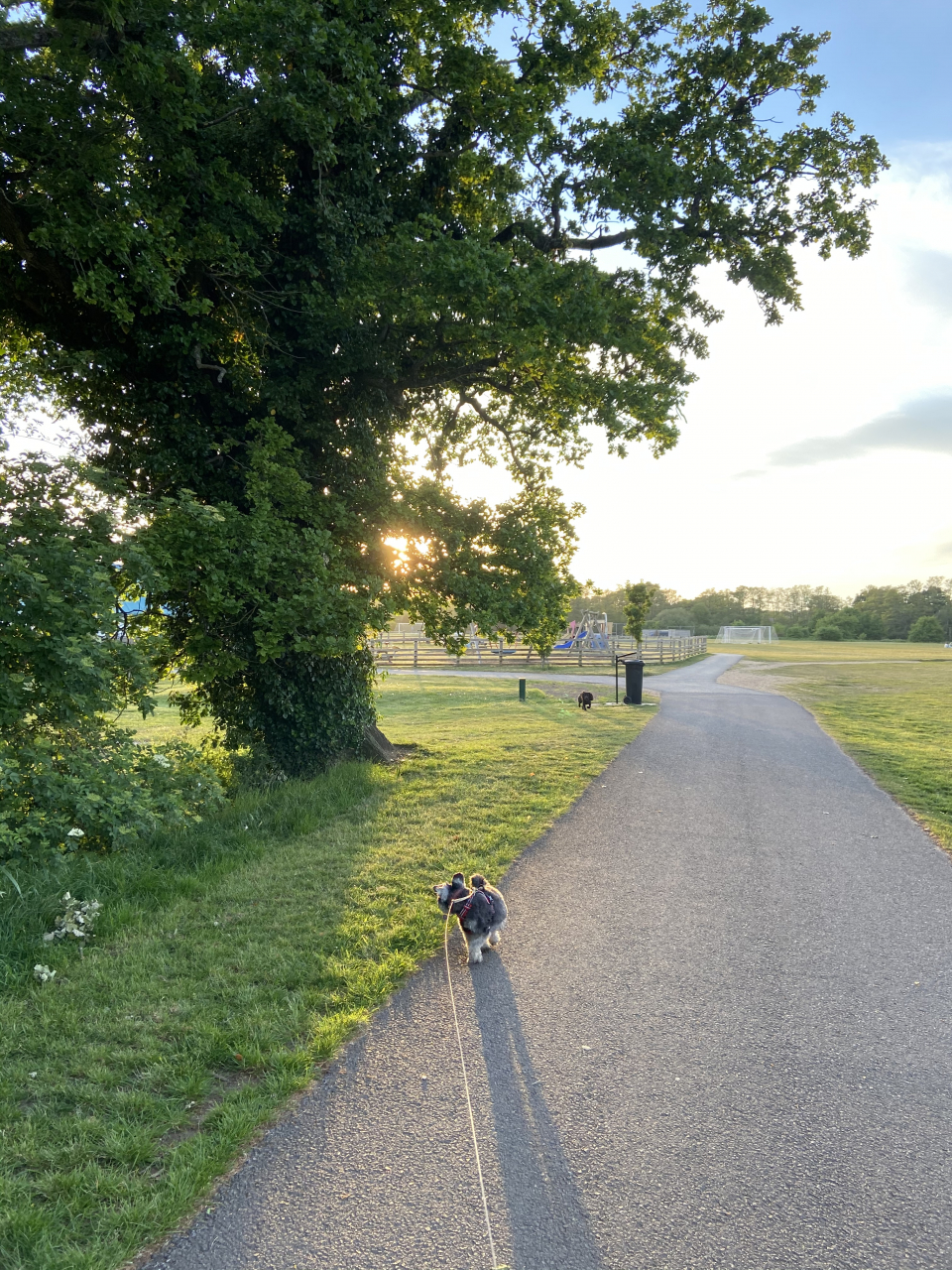 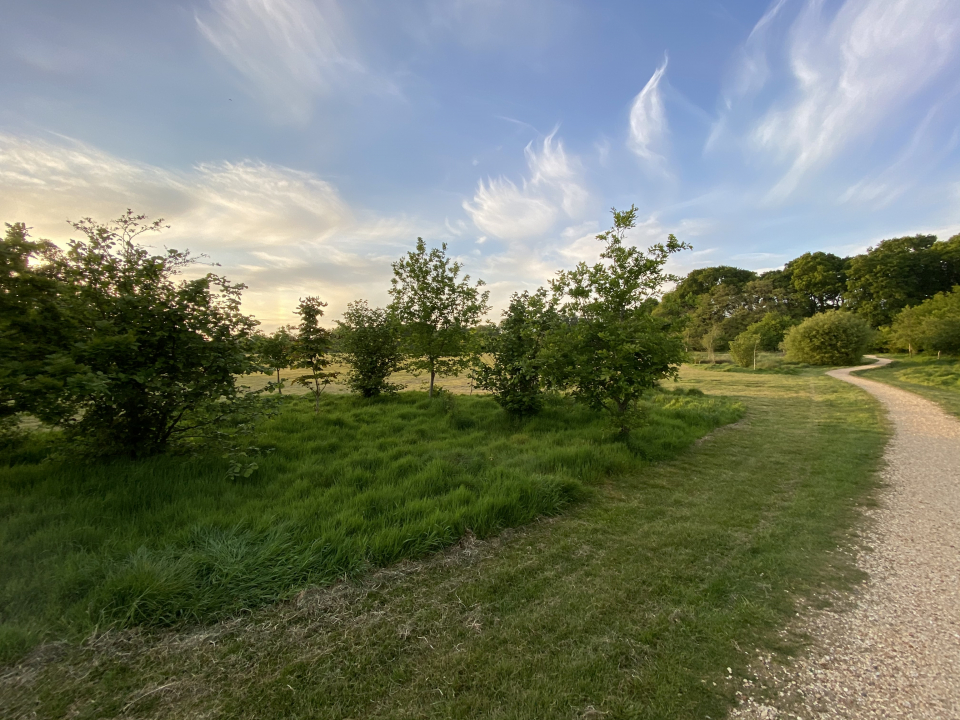 @peemee My brother's response was similar!