Fountain pen ink, not a new tattoo (yet).

A new, brass, fountain pen, snapped up at a discount, naturally turned my mind to my brownish inks…

As I chose an extra-fine nib I initially opted for Ochre, which looked fine, but, of course, I wasn't entirely satisfied.

I considered KWZ Honey, and some of the Robert Oster inks, but then my mind turned to L'Artisan Pastellier Califolio ink. I love their Andrinople, so I thought I'd give some of their others a go, and selected Inti and Heure Dorée. I thought the latter would be too pale in an EF nib, but I liked the look of it. It is now in the Namisu Nova, although Inti will get its turn. Very nice inks. 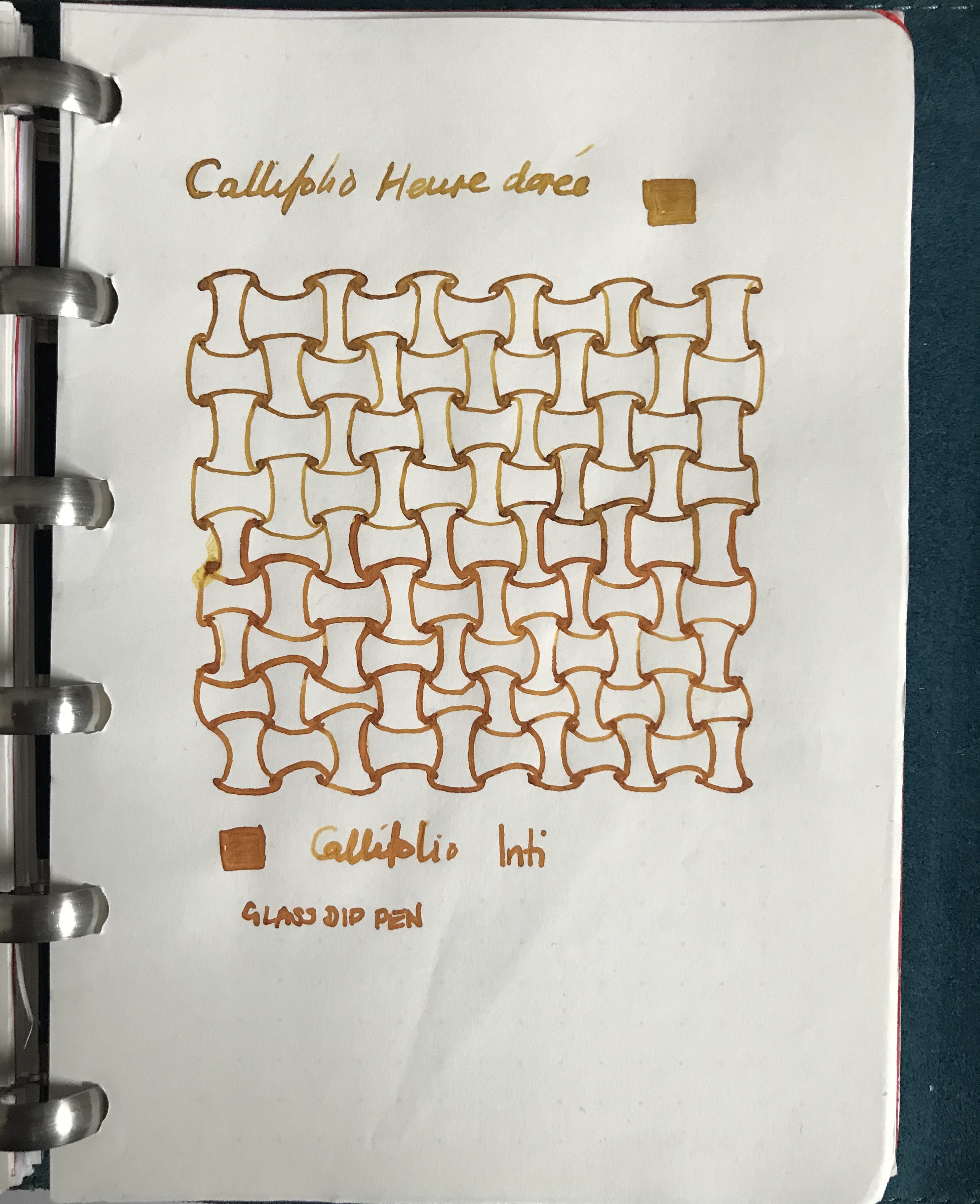 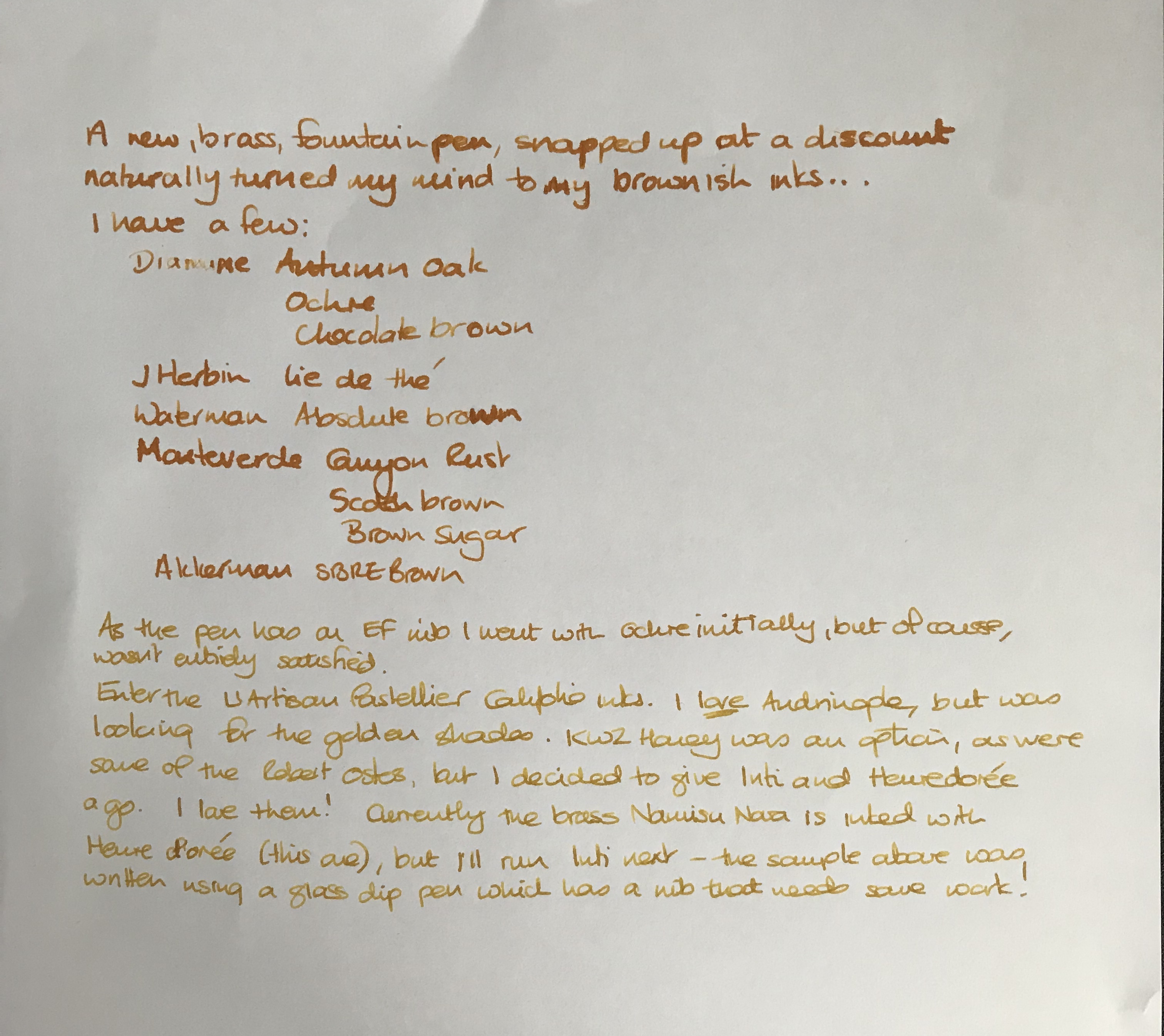