Firstly, I haven't had these notebooks for very long and started my first one at the end of January, so this is very much an initial impressions post.

I spotted these on the Instagram feed for Nero's Notes, my notebook supplier of choice, as I am in the UK.

Nero's has a great blog post in which they get to know the owners of Pebble Stationery Co, worth reading.

As soon as they were announced I put in my pre-order for a couple of packs.

As ever, the notebooks arrived quickly (I got lucky, putting my order in just as they arrived in stock) and beautifully packaged. I was just coming to the end of my previous notebook, so a Pebble went straight into my leather cover. 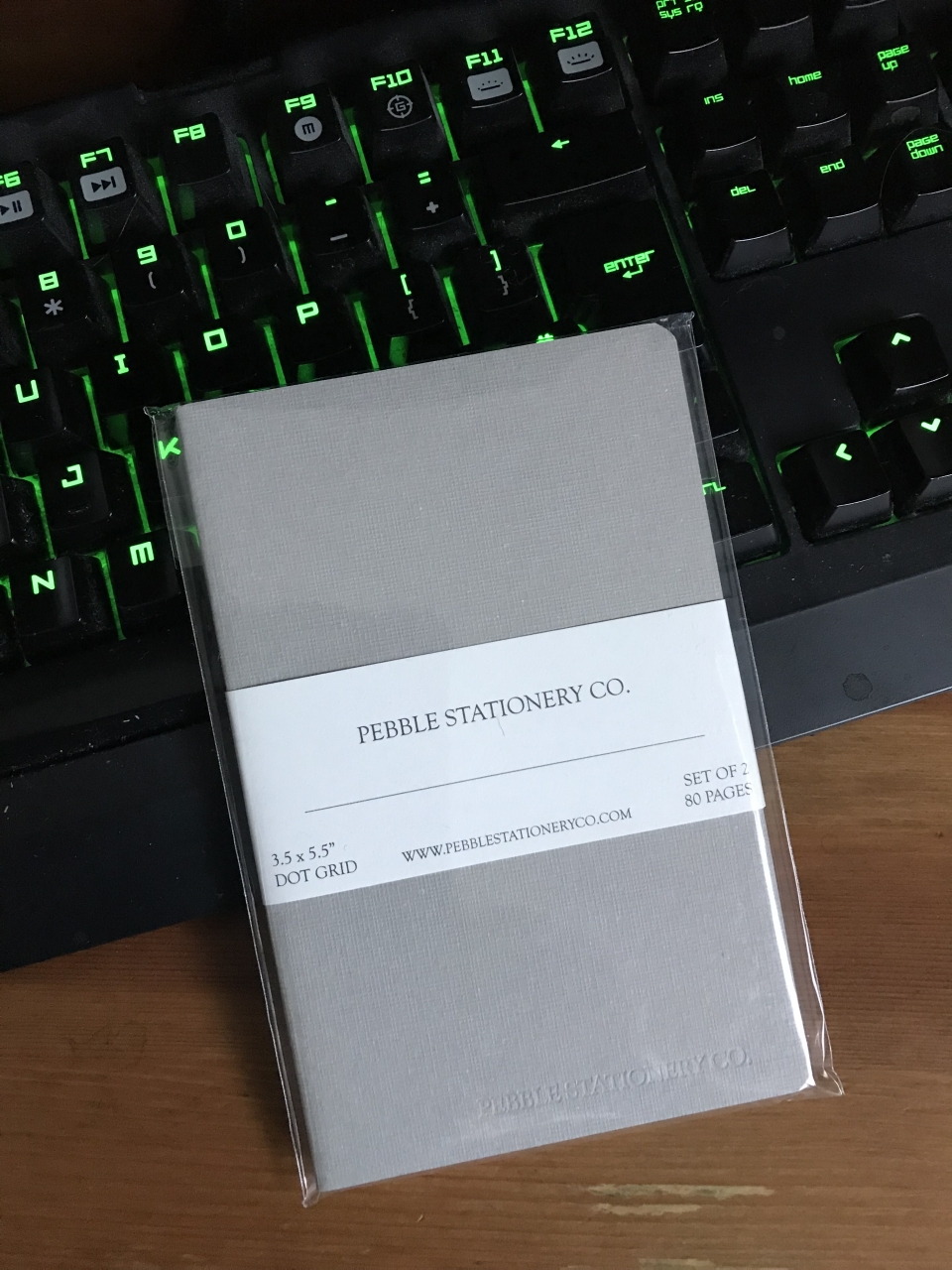 The cover is a discreet-looking pale grey, textured a bit like linen. The inside cover is a pale duck-egg blue and has the usual name, contact, dates and content sections. The inside back cover has some information about the company, including the fact that for each pack of premium notebooks sold they will donate pencils to children in need, to help their creativity and learning. A nice touch. At the bottom there is information about the notebook: 52gsm Tomoe River paper, 80 pages, in a 4mm dot grid.

The pages are stitched rather than stapled. The stitches are really very small and nothing shows on the outside of the cover, so I wonder if they are stitched to an inner cover which is then bound to the grey outer. My eyesight isn't good enough to figure this out - not in the gloom of winter, that's for sure! Suffice to say these are well made. 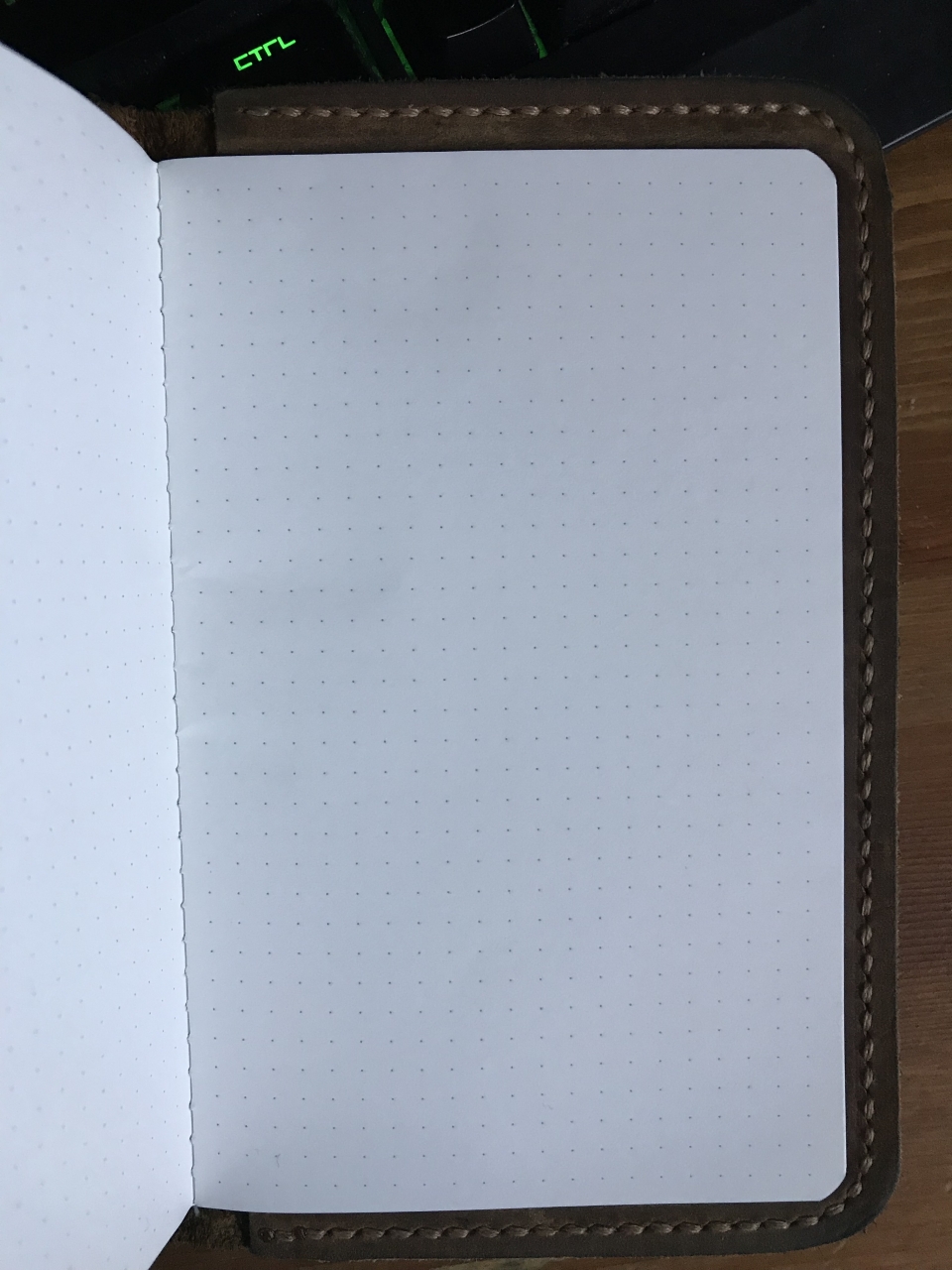 As I said, it's early days for me with these notebooks. Despite keeping my pocket notebook in a leather cover, I have separated some Field Notes from their covers before finishing the book. It can take me a couple of months to get through a standard pocket notebook, so a notebook with a lot more pages runs the risk of becoming even more battered, as it is likely to be in my pocket for longer. That said, there's a much greater desire to write things down on such lovely paper. It handles all kinds of pen, though pencil and ballpoint will crinkle the paper because of the pressure. Not that I'm particularly bothered by that, but generally a brass Kaweco Sport rollerball lives with my pocket notebook. It is nice to be able to use my fountain pens in it, too.