A rainy trip to Norway

My first ever cruise, and first holiday in a very long time. Breathtaking, despite the rain.

First stop was Stavanger, where I took a trip to Sør-Hidle to see the Flor og Fjære gardens. Tropical gardens on the west coast of Norway. Quite a feat - and quite a sight! 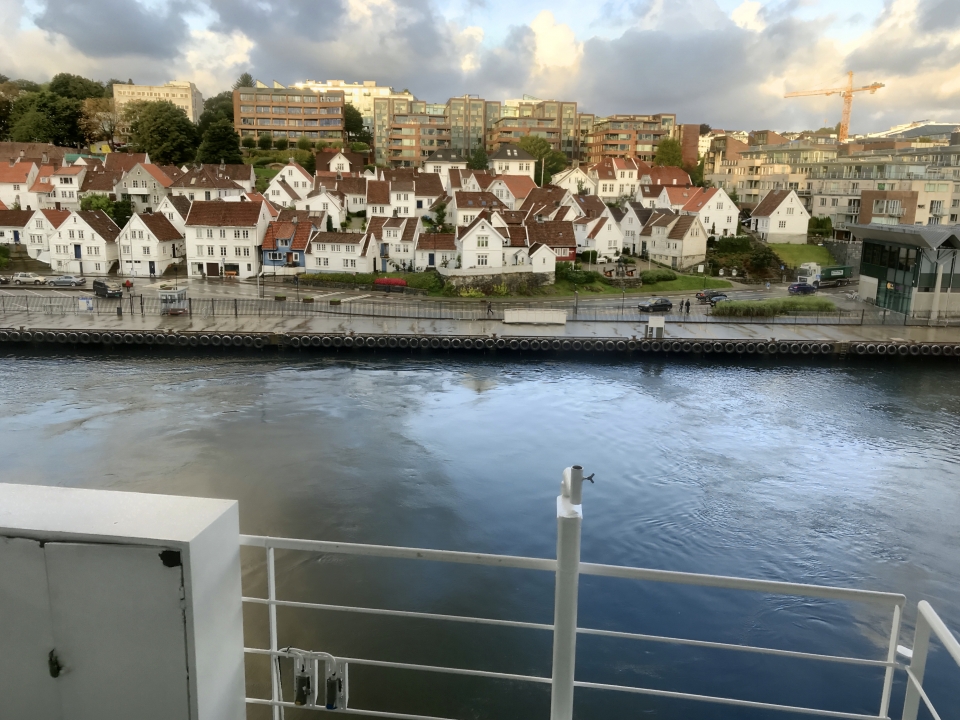 Some photos from the tropical gardens. 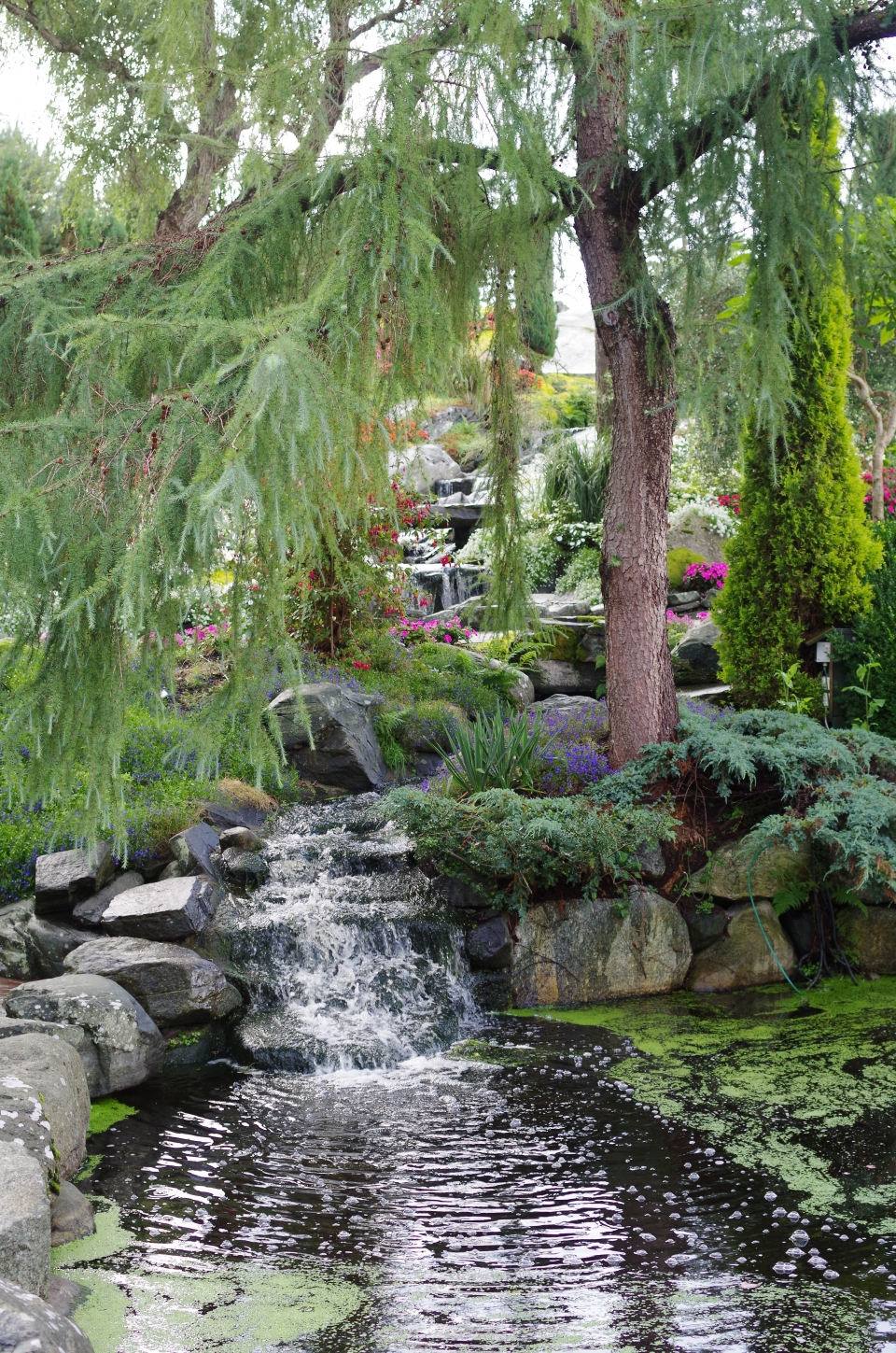 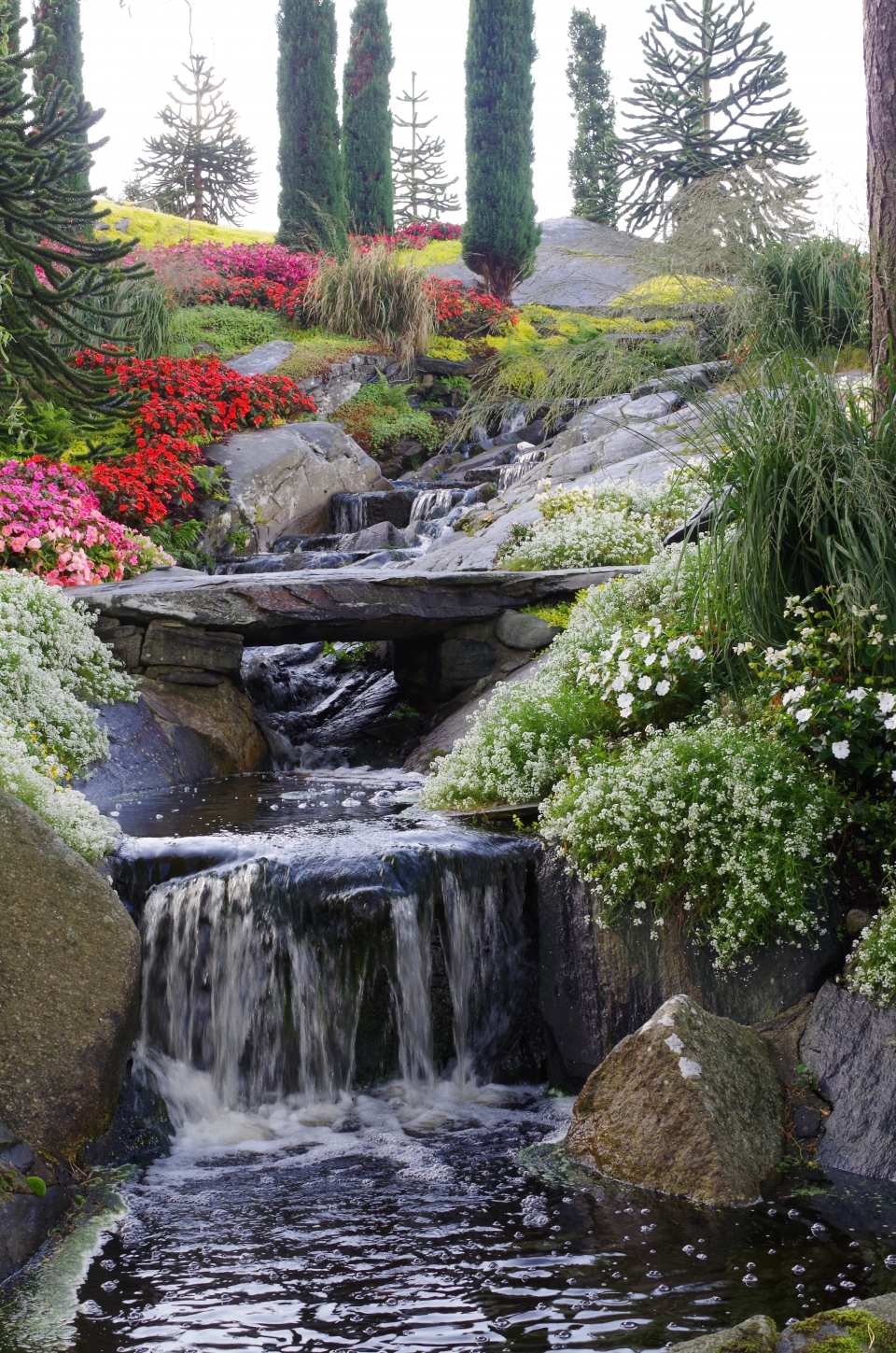 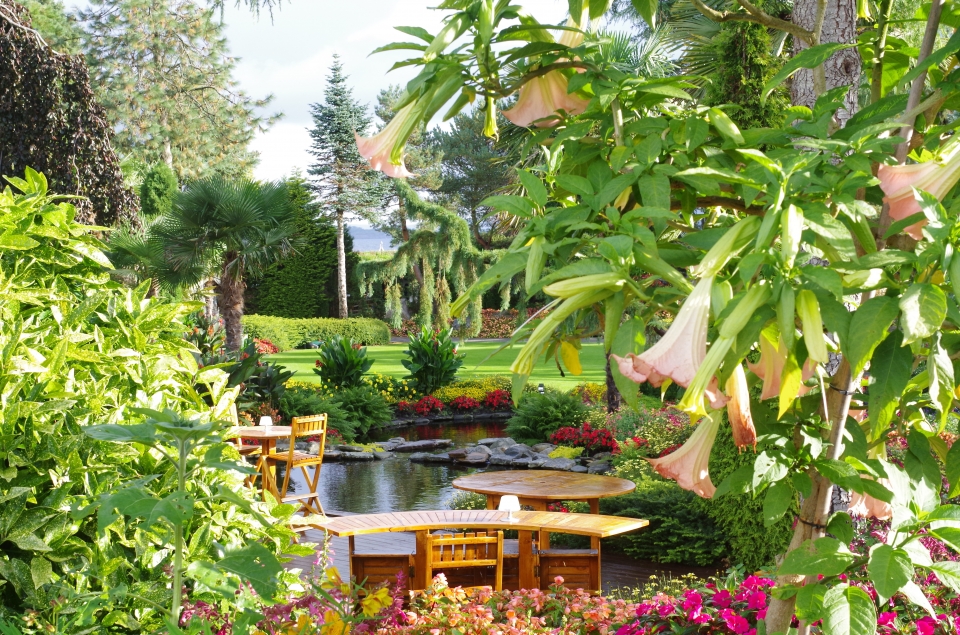 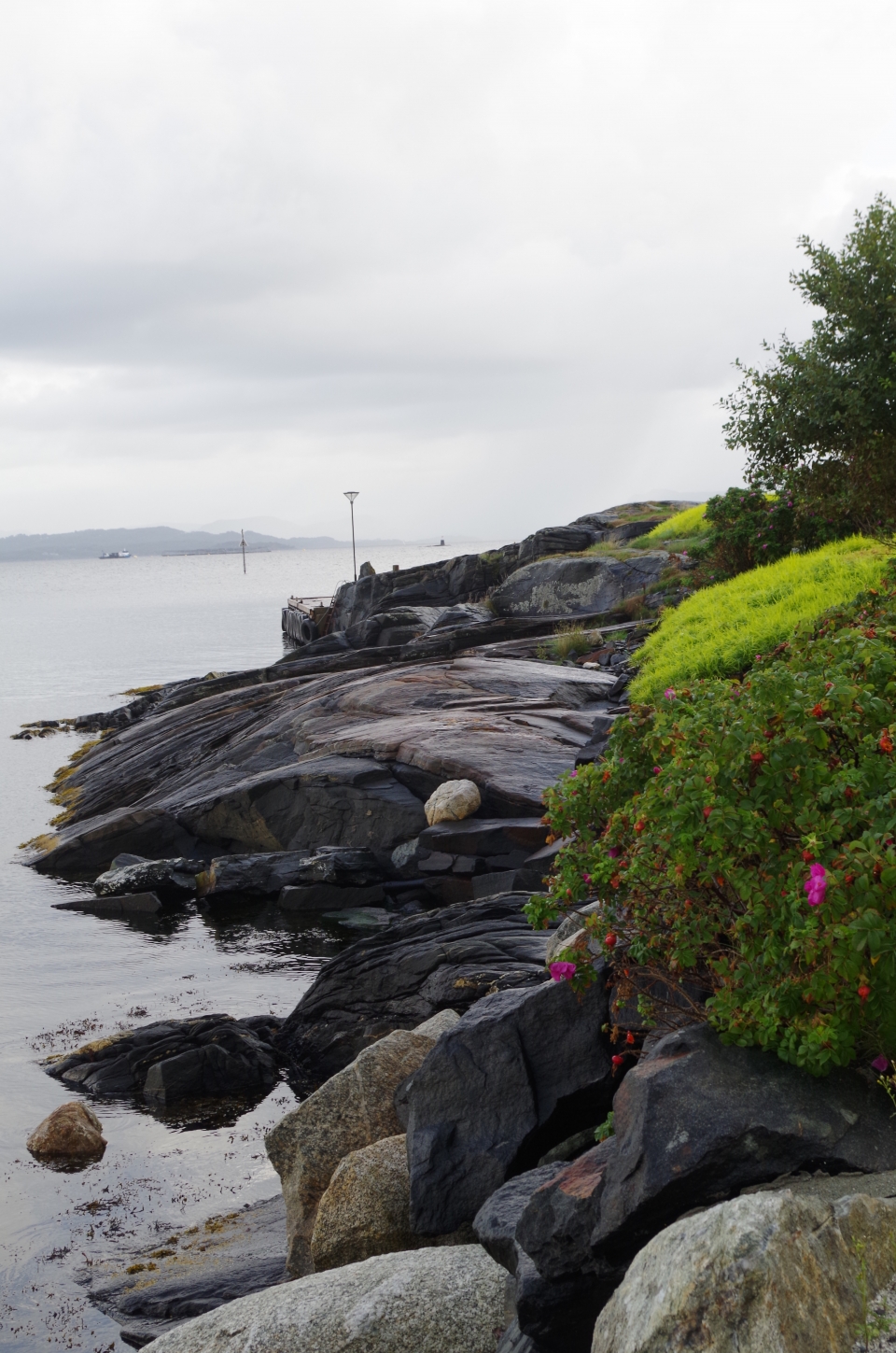 The afternoon was spent wandering round Stavanger, unfortunately getting wetter and wetter. It's a lovely place, though.

After Stavanger we sailed up to Flåm, arriving there in the early morning. As this was my first trip to the Norwegian fjords, I got up early, to see what the views were like. Misty and a bit wet - not as wet as later in the day. Sadly for my cameras there were no picturesque sunrises and sunsets to be had. 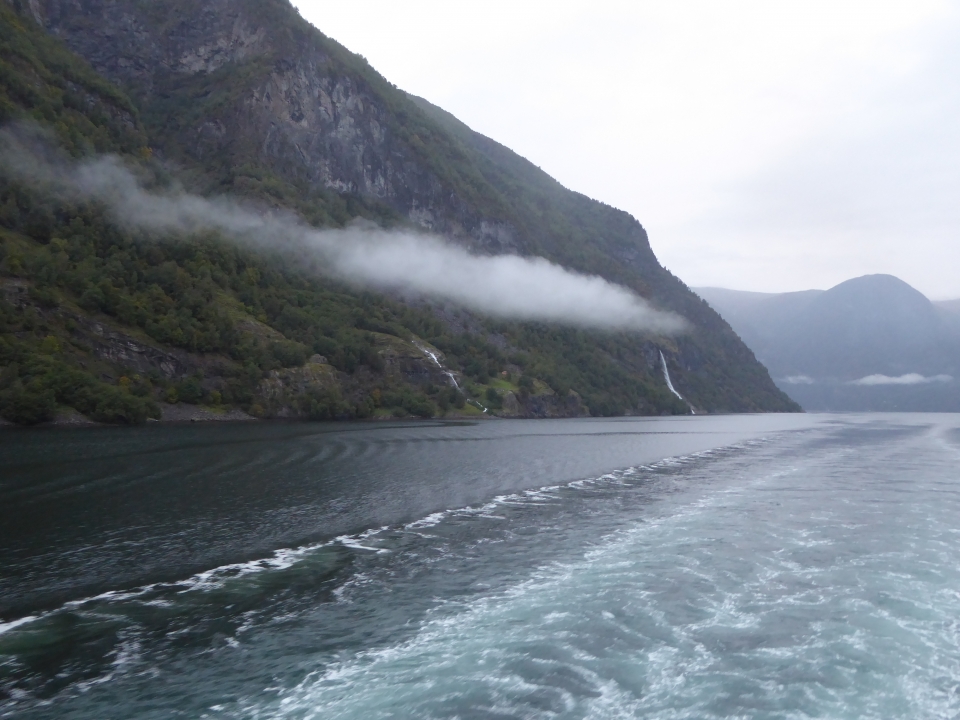 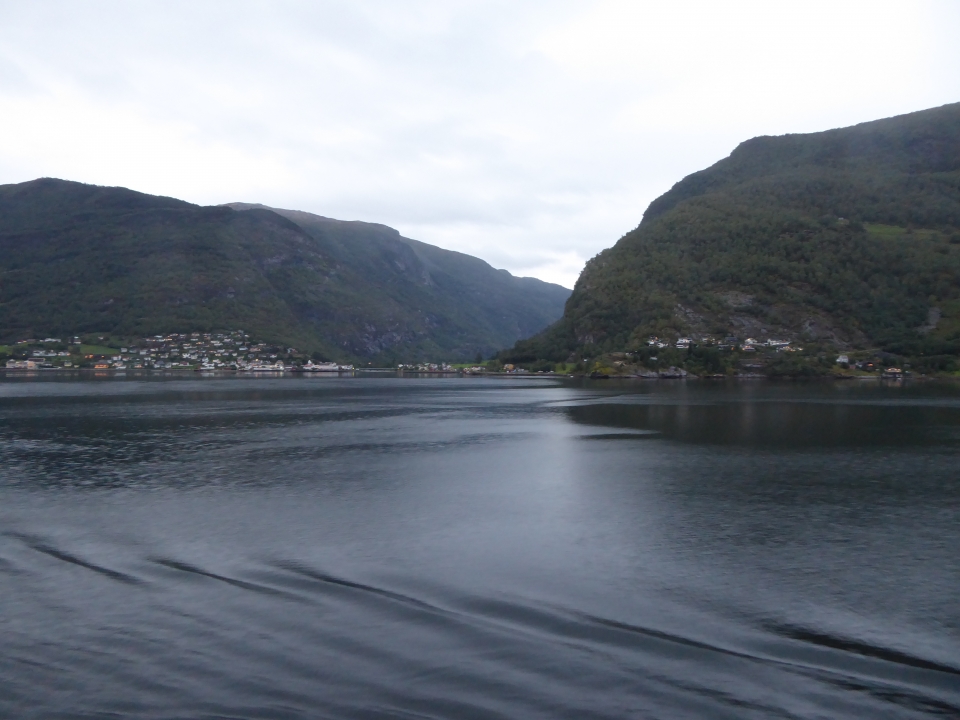 I took a full day trip in Flåm, which involved the railway trip, plus a coach tour to Voss, via the very steep and twisty Stalheimskleiva - complete with fallen rocks at the apex of one of the hairpins, which our intrepid coach driver managed to haul to the side of the road. It rained, a lot, but that just made the waterfalls we saw even more spectacular. First was a stop to look at Tvindefossen:- 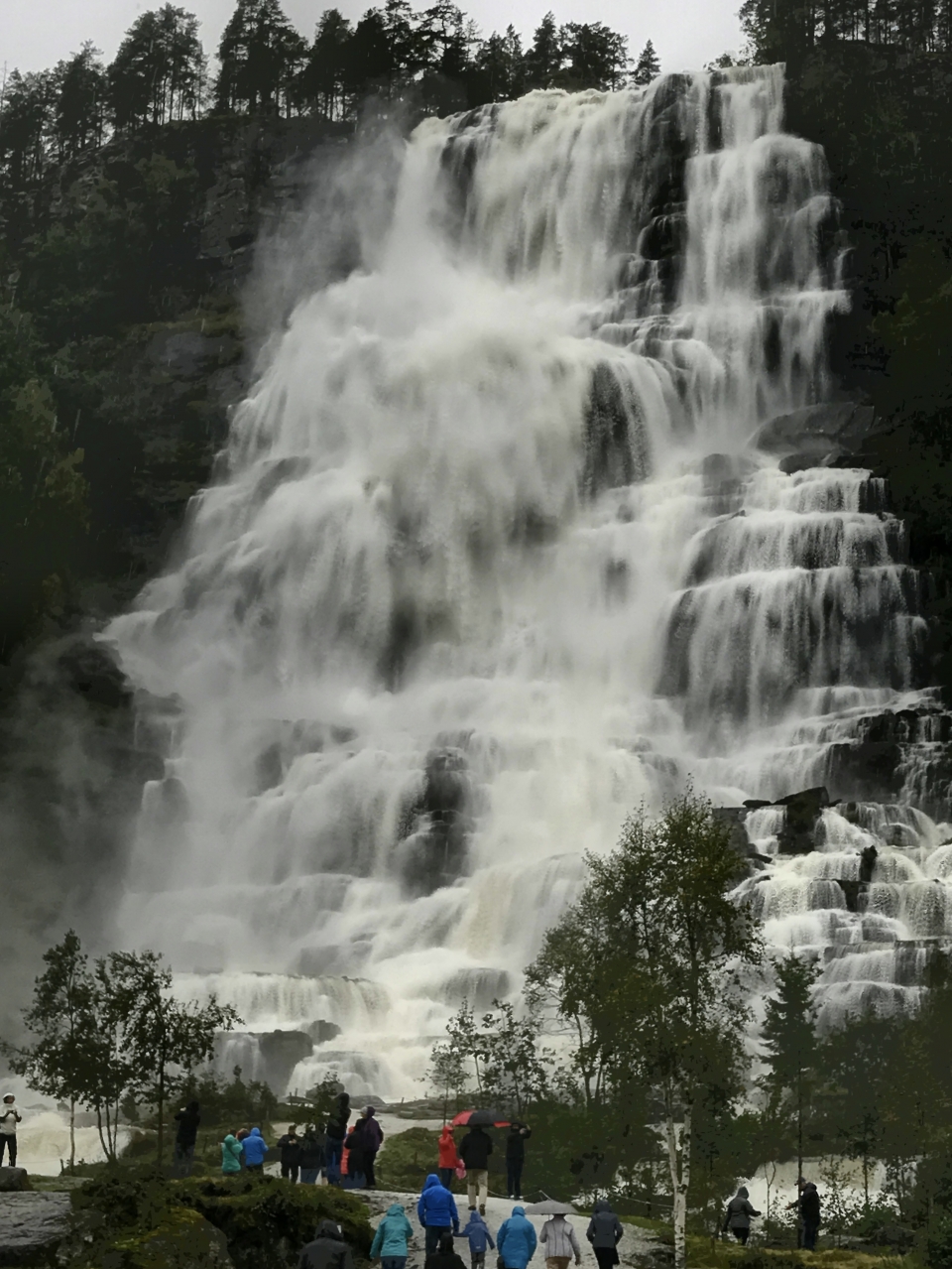 Followed by a stop during the train journey from Myrdal to Flåm to admire Kjossfossen:- 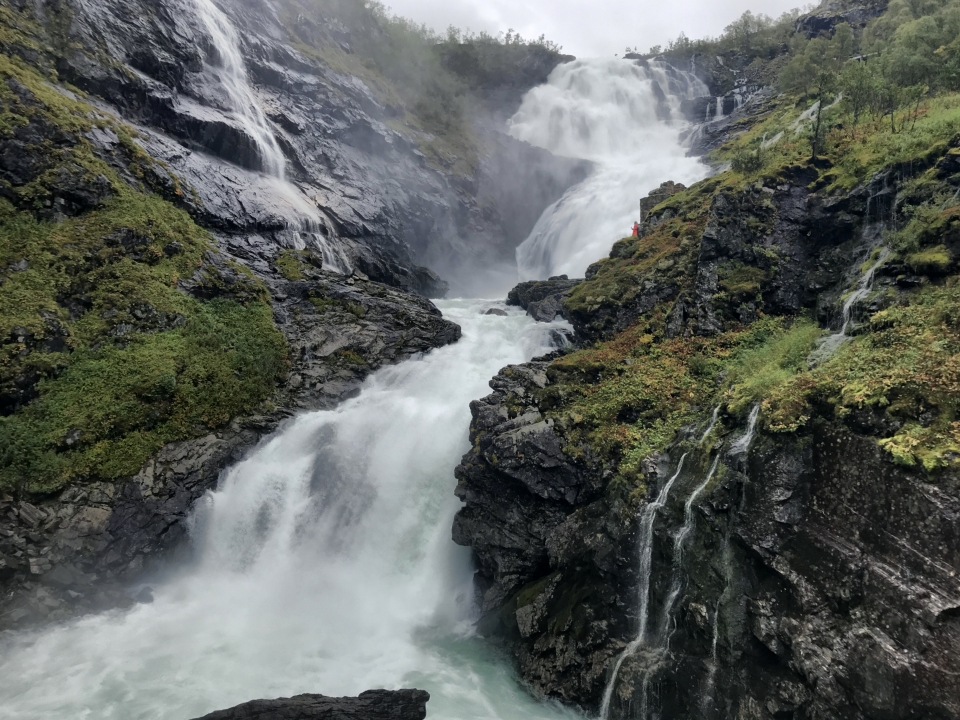 Prior to picking up the Flåmsbana, we had taken a train from Voss to Myrdal, having had a traditional Norwegian buffet lunch in Voss.

I did manage to get a few shots of the area from inside the coach and train - the advantage of having a long zoom. 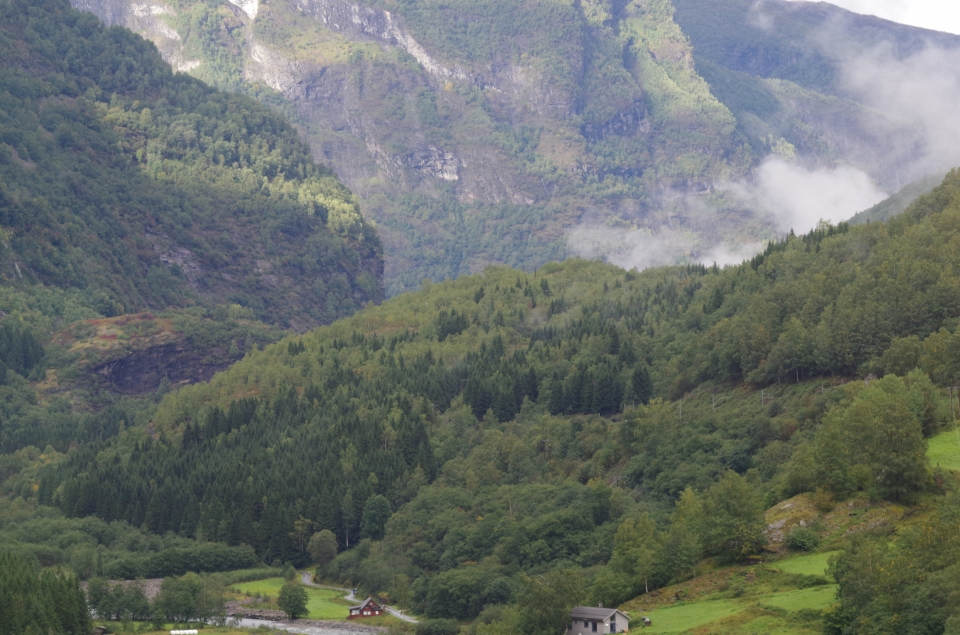 The next day saw us arrive in Olden in the morning. I enjoyed every day and every excursion, but I think this was the one that surprised me most; I wasn't sure what to expect of Olden, but I found the surrounding area to be so very beautiful. I was quite taken with Stryn and some of the scenery we saw during our trip was just breathtaking. 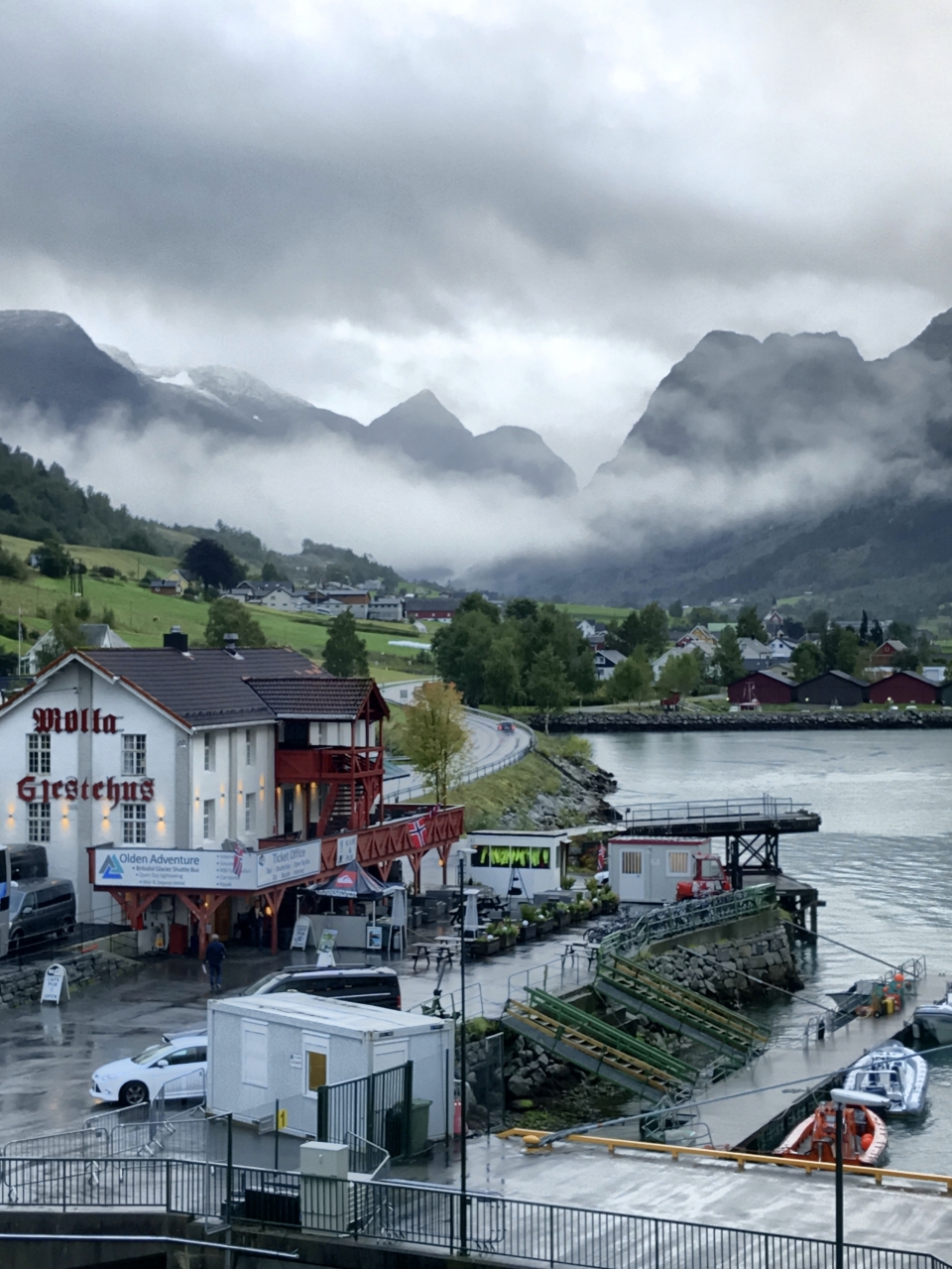 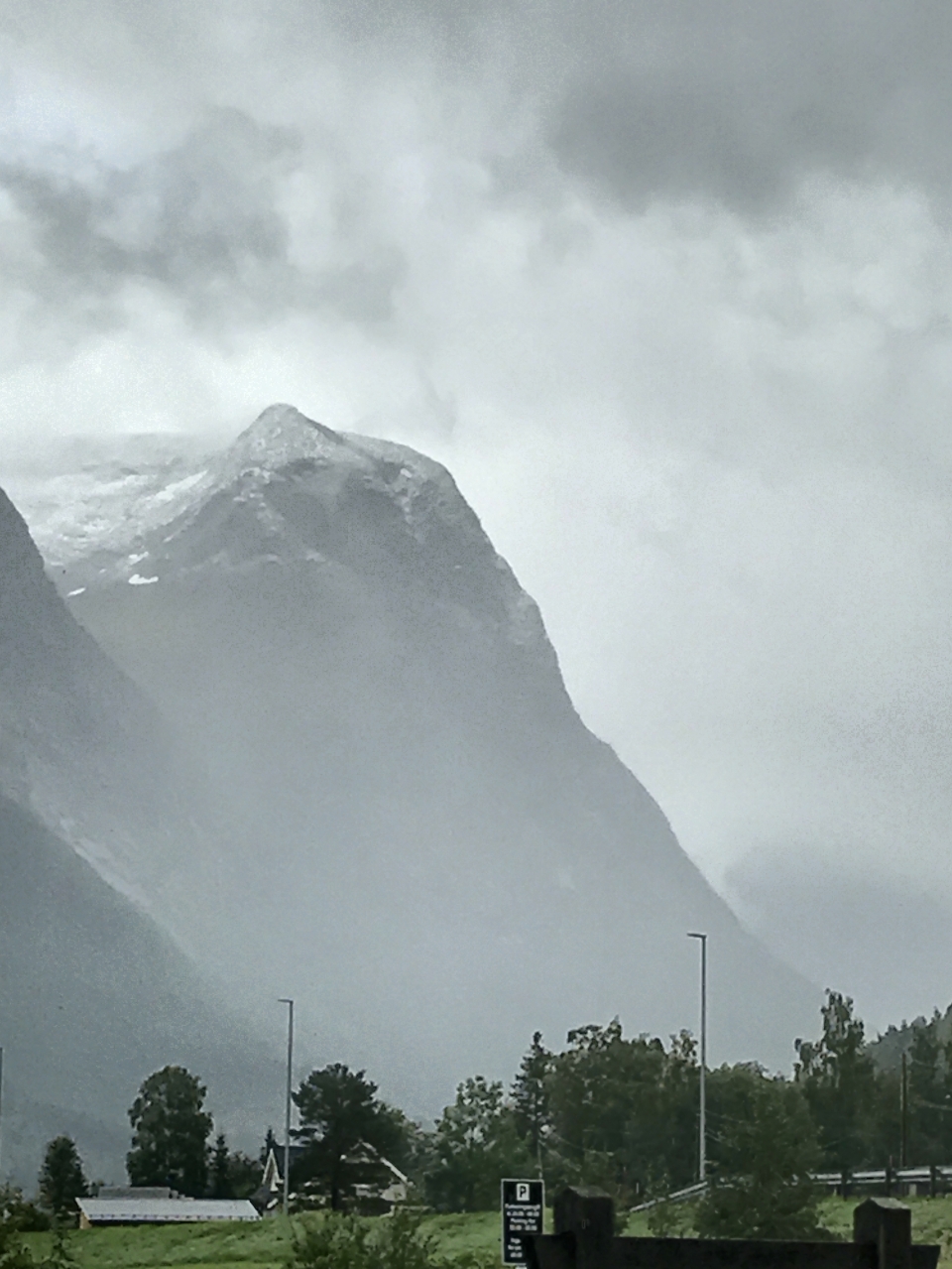 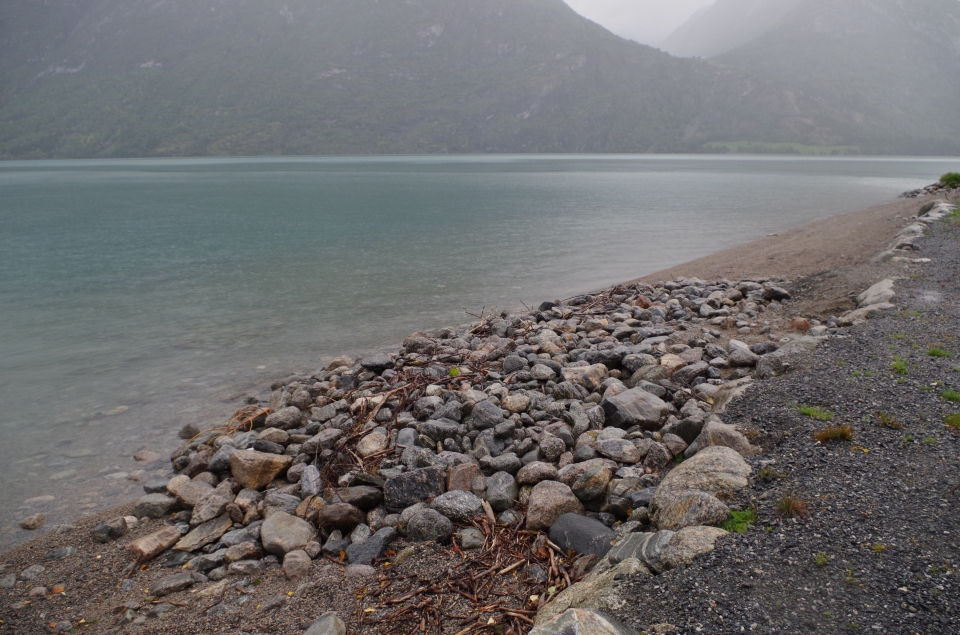 After a stop at the national park for pancakes and coffee, we made our way back down the valley, making a slight detour to the tiny town of Hjelle, which looked very much like a place one could stay in for a while and simply soak up the scenery. 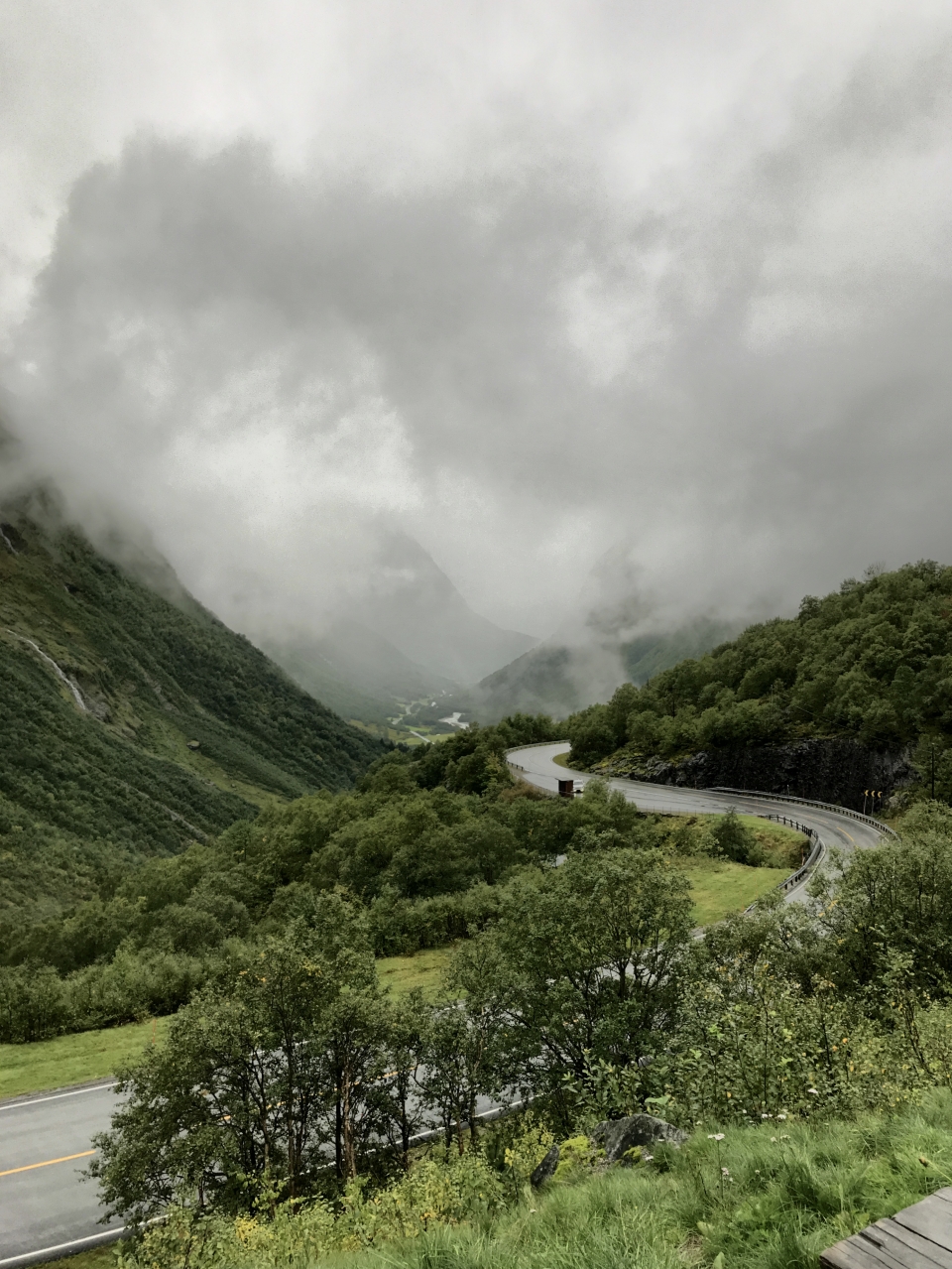 My final stop in Norway was Bergen, a town I would have liked to spend more time in, but after a week of getting soaked every time I set foot outside, I wasn't really in the mood to walk round the town. I would like to go back there, though. I had booked a trip out to Troldhaugen, to see Edvard Grieg's summer house and the place where he wrote a lot of his music. It was a superb excursion, which enabled us to see a decent amount of Bergen from the warm and dry coach. We visited the museum at Troldhaugen, had a tour of Grieg's house and finished with a piano recital in the concert hall built there in 1985. The hall has a glass end wall, so the view the audience has while listening to the music is just amazing. The hall was built with chamber music in mind and has a crystal clear acoustic. It was very moving to hear Grieg's music while looking out at the views he saw when writing it. 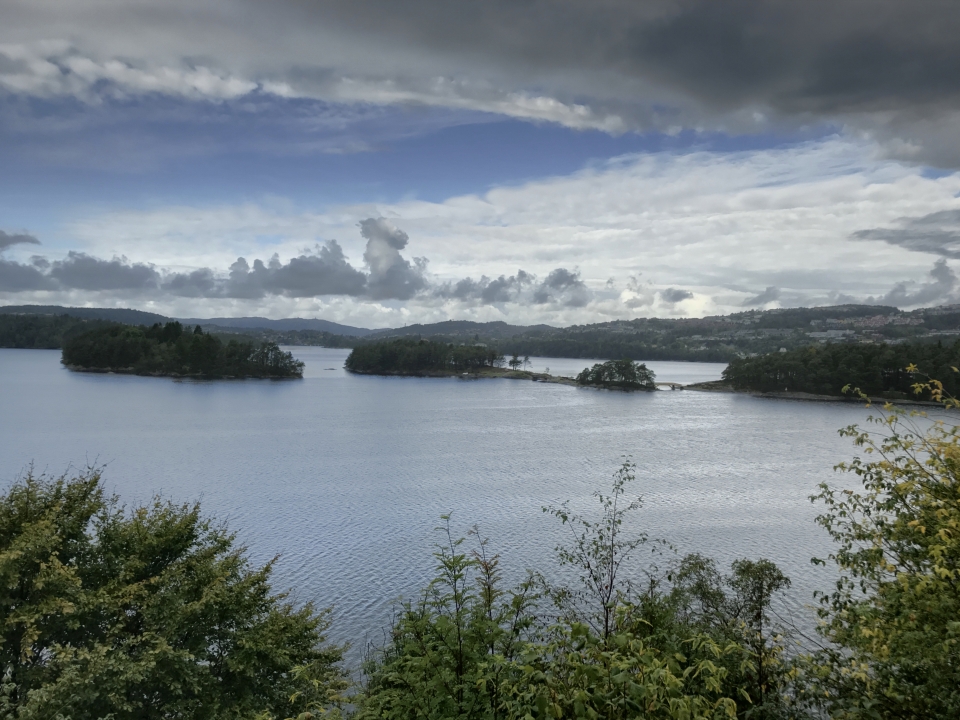 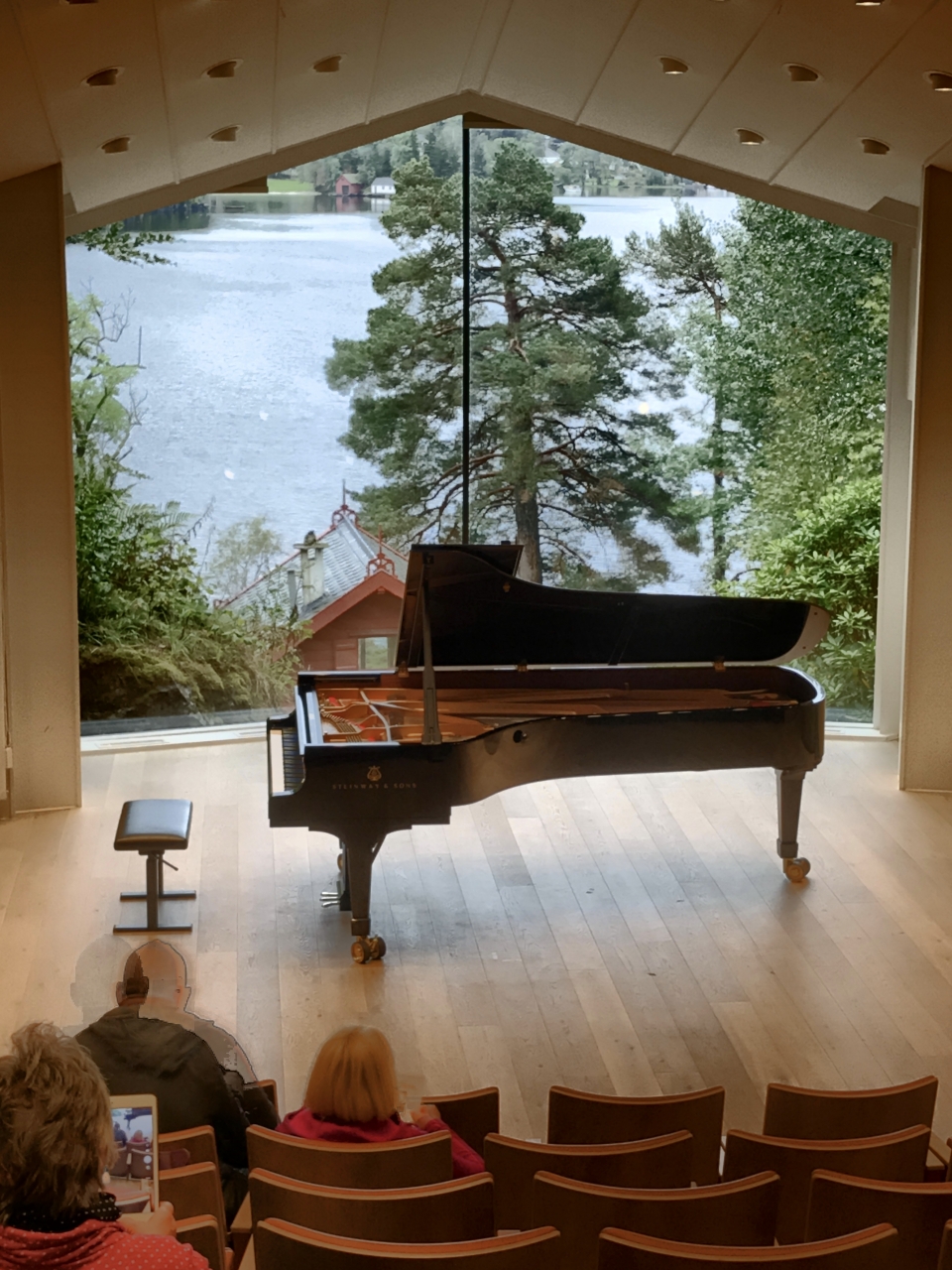