As I type this, 52 weeks and about 90 minutes ago my father passed away after a relatively short and futile battle with lung cancer. Although it wasn't really much of a battle, to be honest: by the time he got a diagnosis, it was terminal and he was given weeks or months. He stuck around for about eight months, and, luckily, was only really ill for about the last month. Even more luckily he was in virtually no pain. I was there when he died; my phone had just beeped with a text from my cousin, however, I decided a trip to the bathroom seemed more urgent than responding. I walked past my Dad's hospital bed, in the lounge of the bungalow he had shared with my mother up until her death, just under three years before his. I paused to hold his hand and say some things to him that I needed to say. As I held his hand and kissed it, he didn't take the next breath. I have never been with anyone at the moment of their death; my mother died unexpectedly, in hospital, early in the morning, so all we knew about that was the Phone Call. It seemed very odd that someone breathes and then stops. Why not one more breath? And maybe another? What changed (I don't wish to know).

Of course, despite knowing this was coming, and suspecting it would be that day (my brother had returned home to his family that morning and I had said to him I didn't think he would see his father alive again), it was still such a shock. I rang my cousin and she knew, simply from the fact I had rung and not texted. She helped talk me through the things I had to do - which I knew, as Dad's nurses had taken me through everything, but your mind just goes blank. So blank. You have your breath taken away, it feels like a physical punch in the gut. I used to wonder why people would collapse in the floor with grief. Now I know. Although, I didn't do that when I heard about Mum - I think I was too busy organising everyone to do so. Sure, I spent a long time on the phone to my best friend later that day, and for several days after, not talking, just sobbing. I didn't exactly collapse to the floor this time, but I felt very weak and unsteady.

So here I am a year later, feeling pretty rubbish, if I'm honest. But not in quite the same way as I was this time last year. A good friend said to me, not long after my Mum had died that you don't get over it, you just live differently and adapt. Sadly, that same friend died 364 days after my Mum, but I'll never forget her words to me. I dread August, I hated the end of it, with the anniversary of losing my Mum (who was probably also my best friend) and now I hate the start of it, as it's the anniversary of my Dad's death. Also, after trying to get in touch with my Mum's cousin to let her know about Dad, I had a call from her daughter just a week after Dad's death saying that her Mum had died - exactly a week after Dad. Did I say I hate August? I know these things are what we rationally expect; that our parents will die before we do and, hopefully, when we ourselves are adults. That isn't always the case. My mother was fourteen when her father died. My father was nine days old when his mother died. Despite all the tears, the visceral pain and black moods, I know that I am lucky to have had such lovely parents to miss so much.

Some days I will tell you it doesn't seem to get easier and that I could do without having to get out of bed. I have been on medication for depression since not long after my Mum died and I know that helped me cope with the last couple of years. I am lucky to work from home, which meant I was able to stay at Dad's and let him die at home, as he wished - although staying alive would have been his preference. Other days I occasionally forget. That's the way of things, along with the ensuing guilt at having forgotten. As Edna St Vincent Millay says in her oft-quoted poem "Time Does Not Bring Relief":-

There are a hundred places where I fear
To go,—so with his memory they brim.
And entering with relief some quiet place
Where never fell his foot or shone his face
I say, “There is no memory of him here!”
And so stand stricken, so remembering him."

And so, I find myself writing this, trying to make sense of the last few years, feeling glum, but maybe a little bit less so than I did. 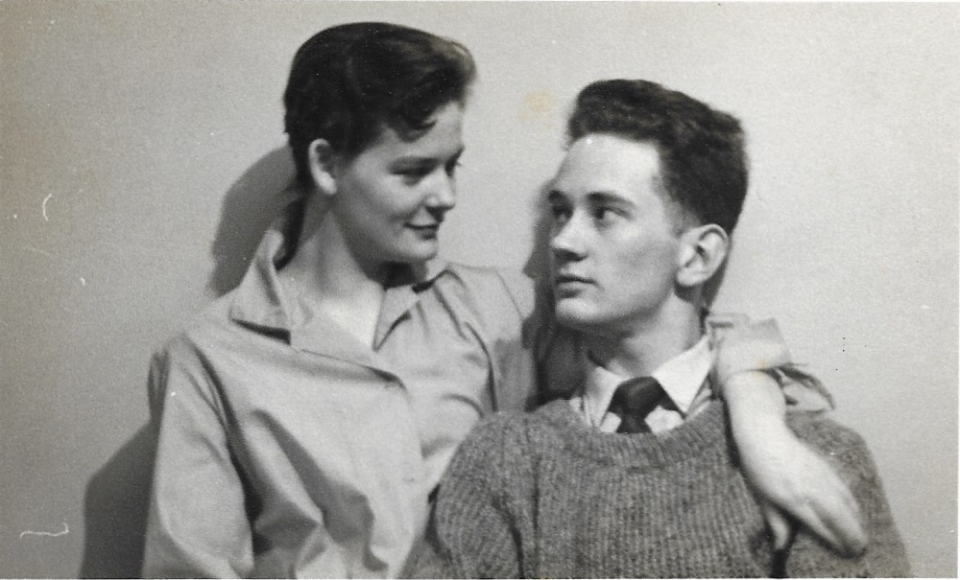