Admittedly, I'm a little late with this post, as I went to Bath at the end of June.

With three friends I had booked on a coach day trip through a local firm. We had a pretty civilised departure at 9am (unlike a trip we have booked to go to a craft show in London, when our departure time is around 7am). It was at the start of our recent very hot spell and I was concerned about that, but the coach had very good air-conditioning, so spending time on there was preferable to sweltering elsewhere.

Traffic was light and we arrived in Bath a little early, which was great. I was armed with sunscreen, hat and layers of linen clothing. We located the tourist information centre, after a slight detour into the Radley shop, as there was a sale on. The Radley fans bought nothing, whereas I bought a canvas tote and a purse.

We bought a ticket for the tourist open-top bus tours. They aren't cheap, but when time is limited and it's very hot, the top deck of a bus has a breeze and it's a great way to see the city. We did the city tour first, followed by one which went round the outskirts. Plenty of opportunity for photographs, although that wasn't always easy when the bus was moving. I took my Panasonic TZ70 small camera, but it took some decent pics. 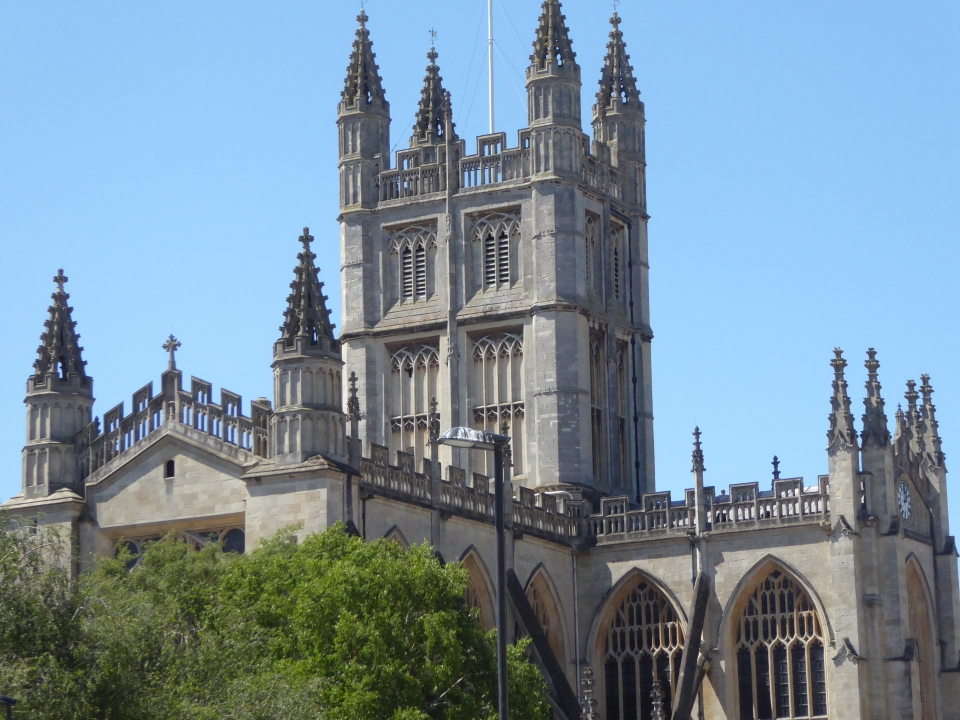 There was an exhibition in Bath, called Minerva Owls, wherein various owl sculptures were dotted around the city. We saw a few of them, but, again, time was limited. 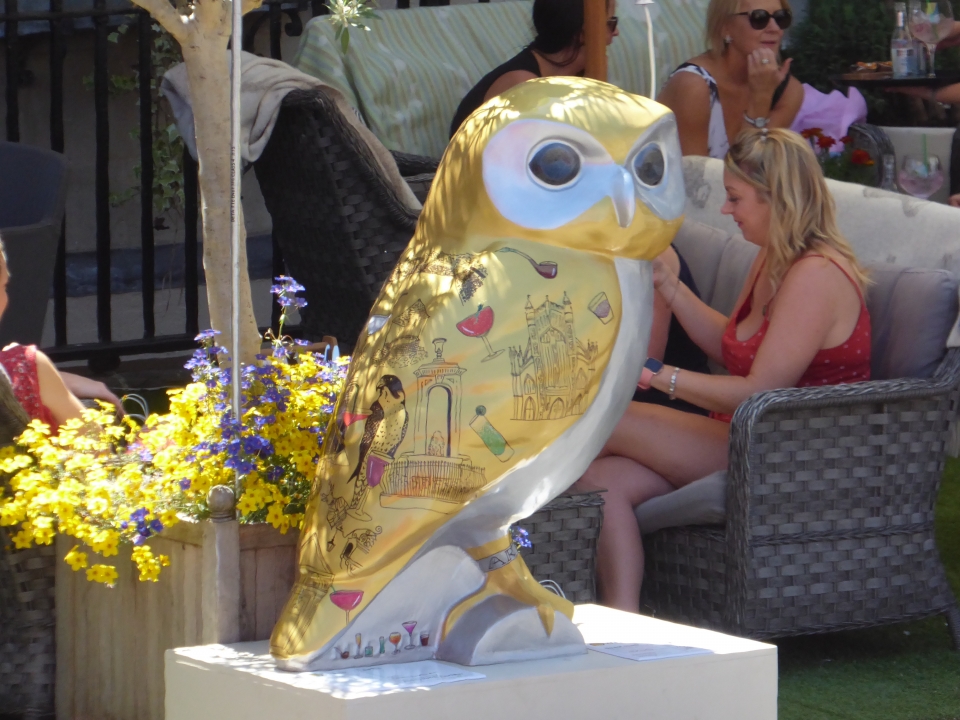 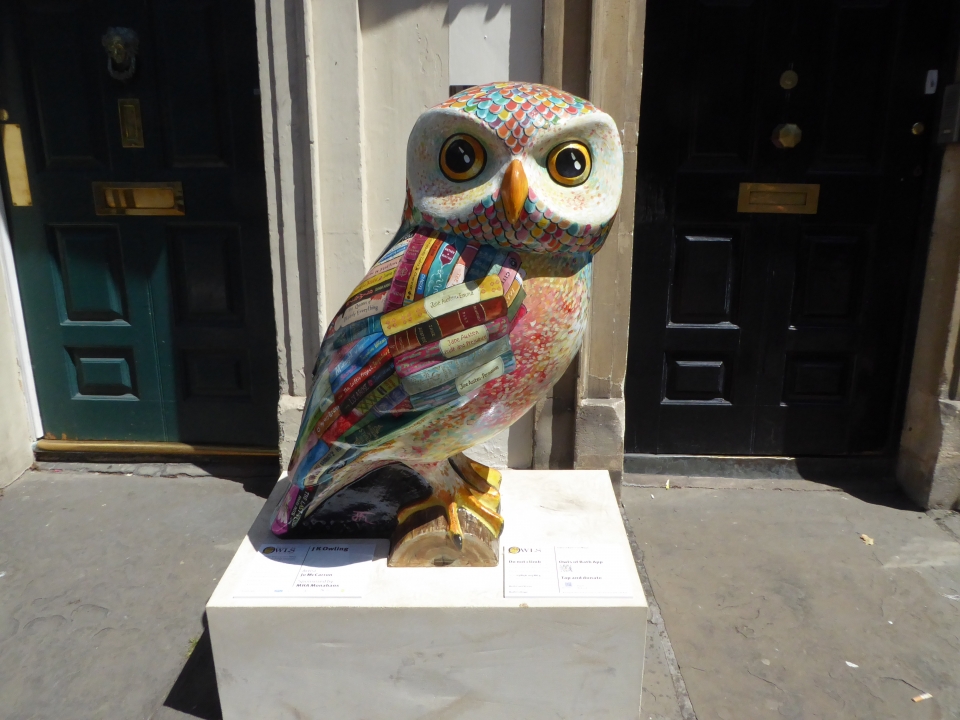 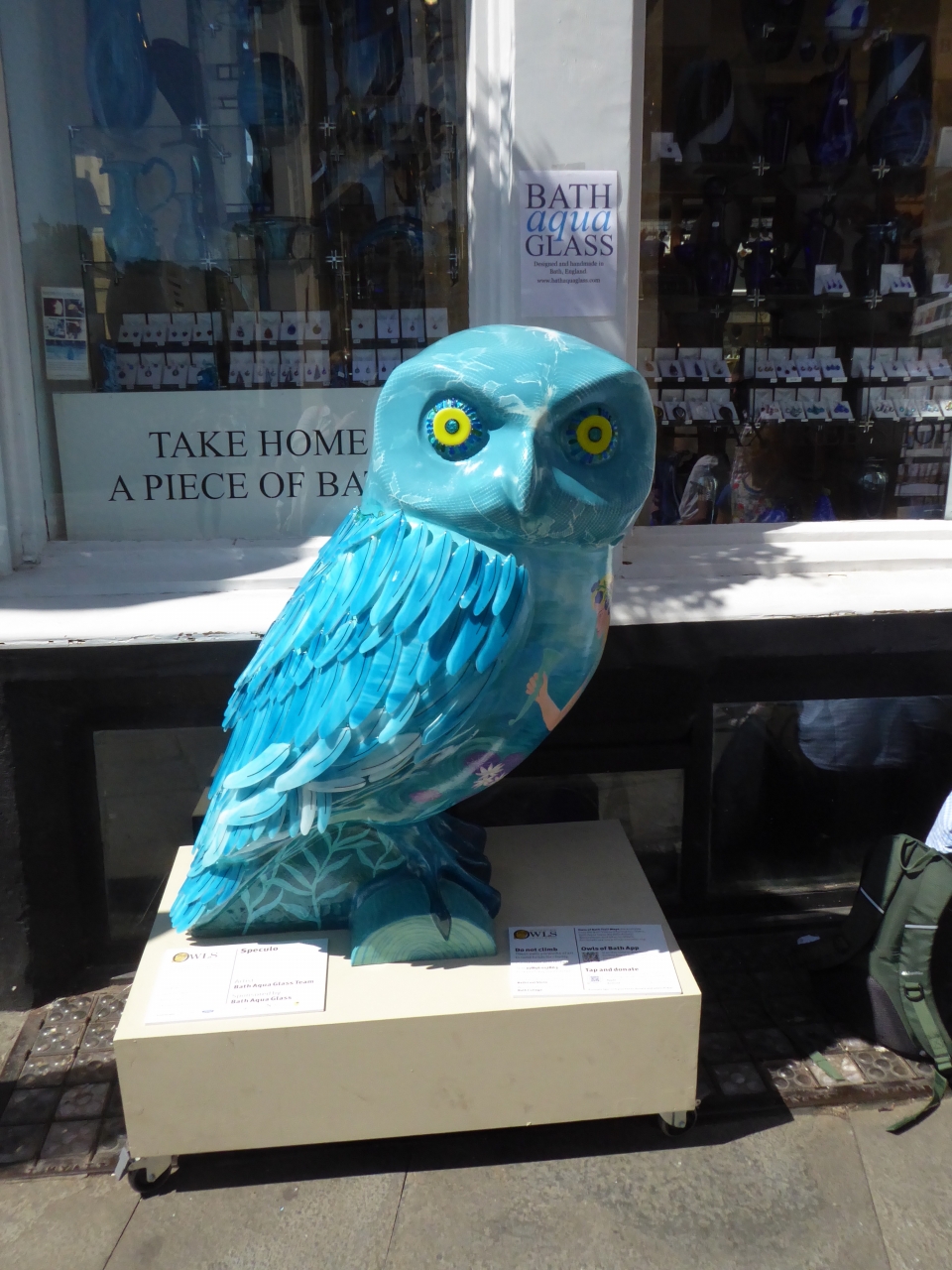 Between the bus tours, we found time for the somewhat obligatory shots of Poultney Bridge, although a boat that seemed to have got stuck below the weir would not get out of shot. I'm sure it wasn't deliberate… 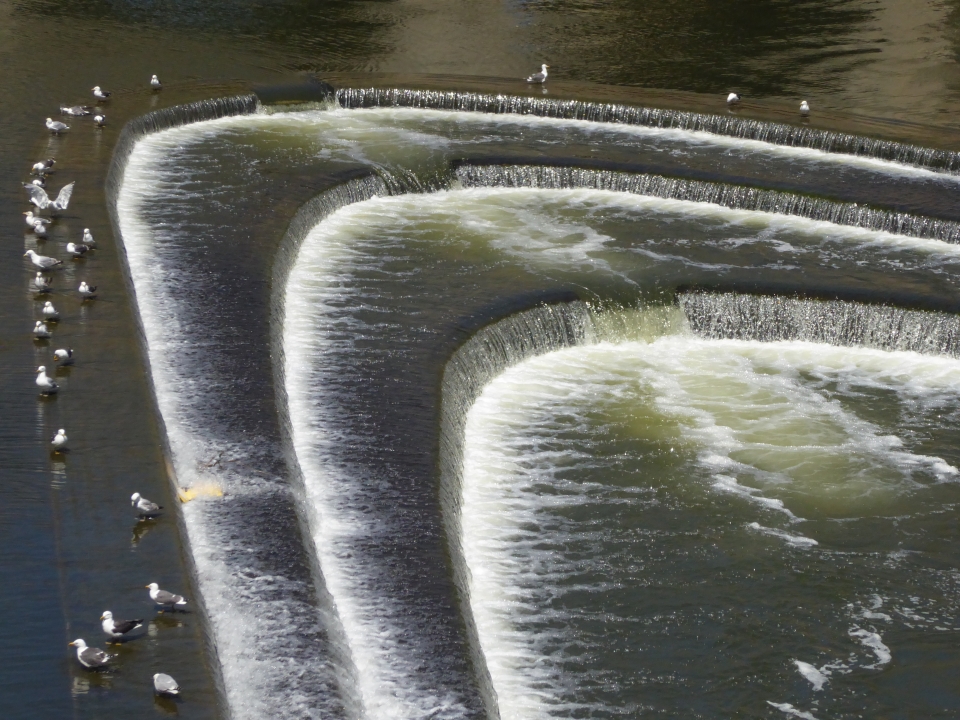 We found a lovely little café, the Courtyard Café, near Sally Lunn's, where we stopped for some lunch. As none of us were driving, we were all able to have a couple of glasses of wine, whih was most pleasant.

I didn't get time to go into the abbey, but walked round the outside. Next time… 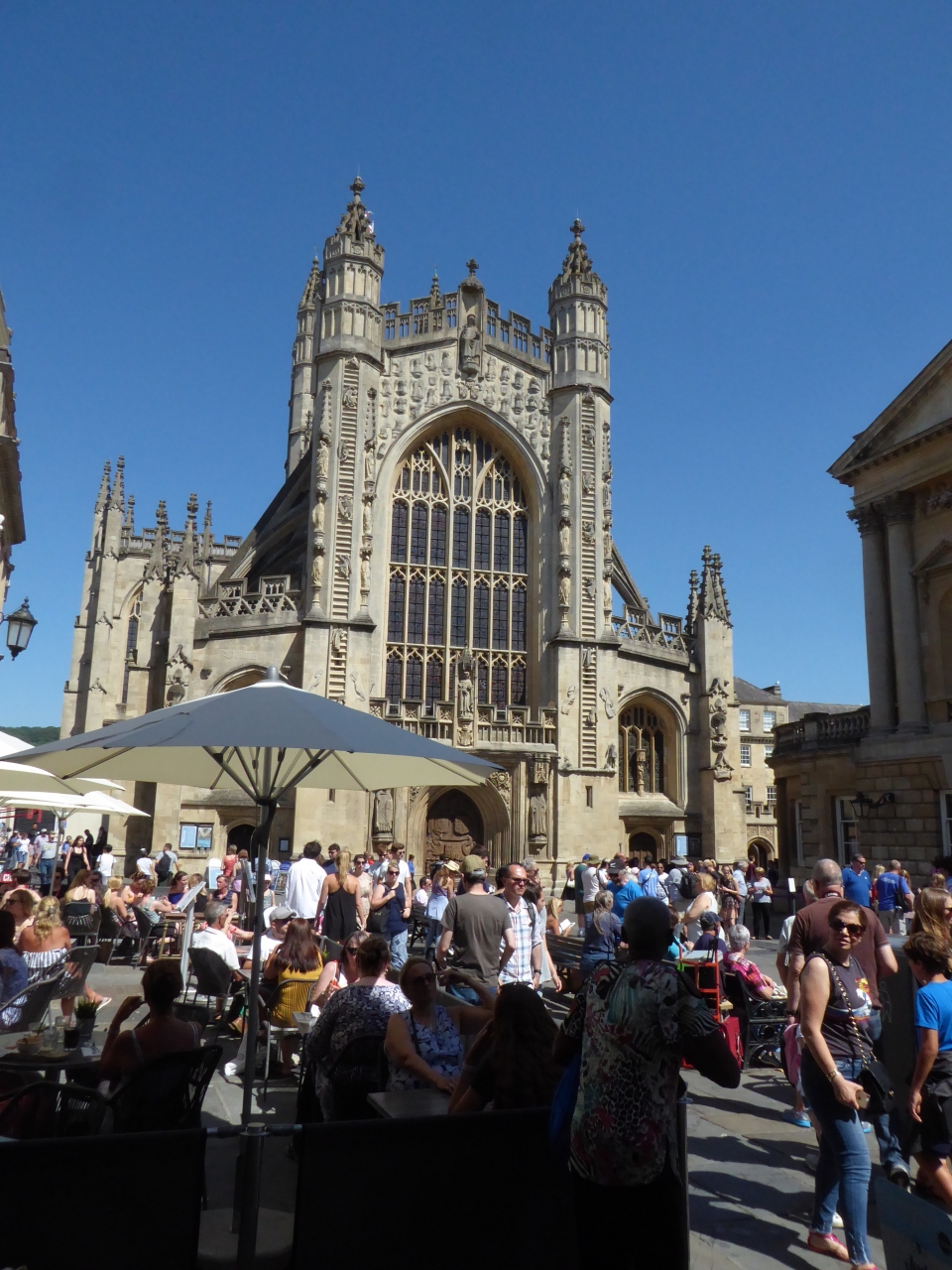 All too soon it was time to return to the coach and make our way home. For £22 it was a bargain, compared with being faced with driving, parking, driving home again - and no wine!

Bath has some lovely buildings - and superb chimneys. 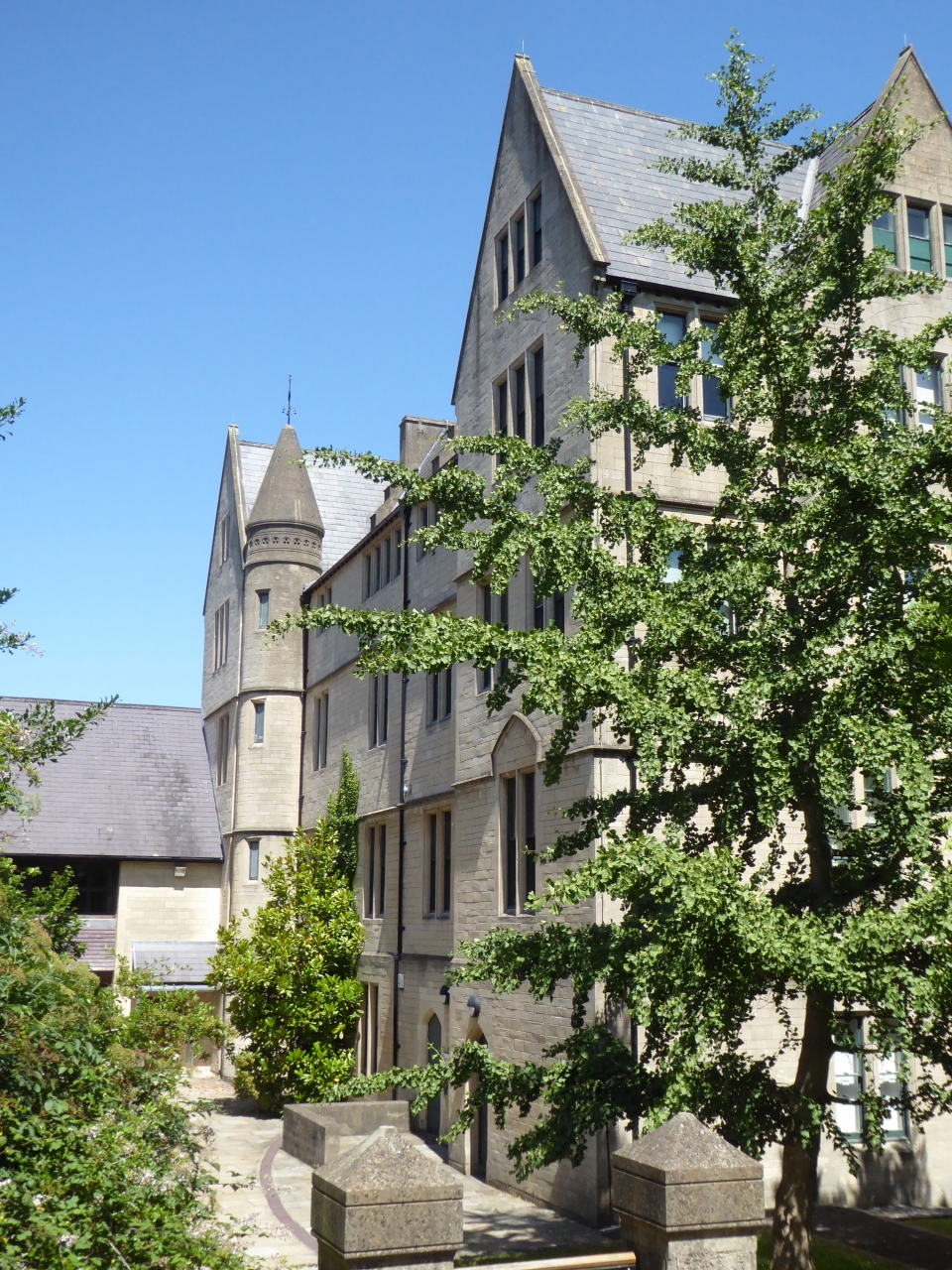 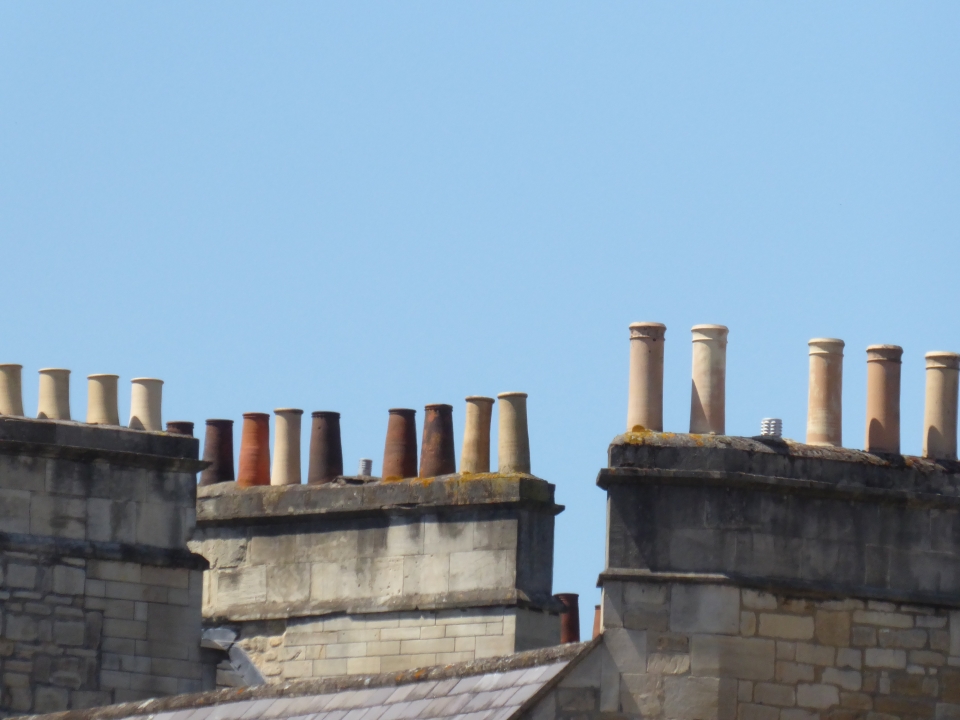