I have had this pen for a month now and I am impressed. It has quickly become my daily pen, partly because I tend to write a lot and this pen holds a lot of ink. 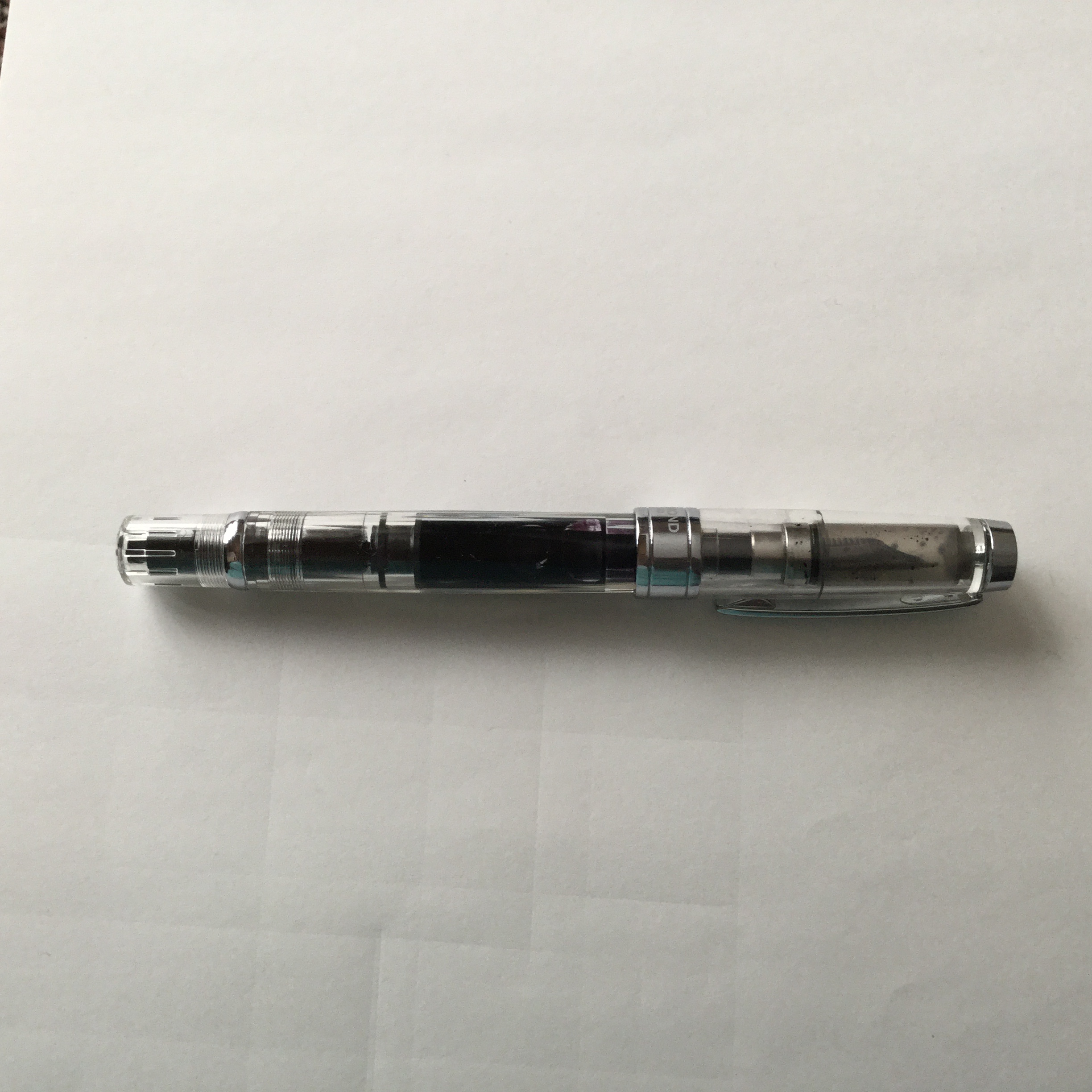 Initially I thought the nib was a little scratchy, compared with my Lamy Al-Star, which is my only other fine nib pen. However, it seems to have settled down quite nicely. I am aware of it when I write, but that isn't a major problem.  As this is my daily pen it is filled with Parker black Quink - the ink I have used since childhood. It holds almost 2ml of ink and so far I have only had to fill it once a week, which is great. I would feel comfortable going away with just this pen (I write a lot of notes for work, plus a daily journal - away from home I only write the journal).

The pen weighs in similar to my Parker IM, despite being plastic compared to the metal of the Parker. However, it doesn't feel as heavy in the hand. The grip is fine for my hands, although in a small hand it might seem large.

It starts well every time, with no skipping or false starts.

On some papers (Leuchtturm, I'm looking at you) it can seem to lay down a thin, weedy line of black. I think that might be partly down to the fine nib and that black is somewhat unforgiving in this respect. On typing paper, it looks fine.

As someone who always posts her pens, it seems odd not to, but with the TWSBI one can't - or shouldn't, as the cap only posts on the very end, so there's a risk of turning the filling mechanism when removing the cap.

I haven't had the pen for long, so can't really comment on how robust it is. I have slight concerns about the possibility that it might leak - I'm not used to a pen where the body is the ink chamber. This worries me a little, but I am not usually rough with my pens and the way it writes and the amount of ink it holds mean it has become my daily use pen very quickly. At the moment it is contentedly tucked into my Midori TN.