I backed the Kickstarter for this pen after it came up in one of my social media feeds. The price was good and in the photos the pen looked gorgeous.

Charles Lethaby is a brand better-known for its lighting products - very nice and rather high end. Part of what appealed to me about this project was that it was a British company, making the process rather easier for me. So, I pondered the options, of which there were plenty. The pen is now on the company website so you can take a look at the various options. Most notable to me is how the character of the pen seems to change depending on which end cap is selected. I was so very tempted by the flat knurled caps and, had I not chosen the brass, I would probably have opted for knurled caps. As it was, I felt the brass looked so very sleek with the domed caps, so that is what I chose. 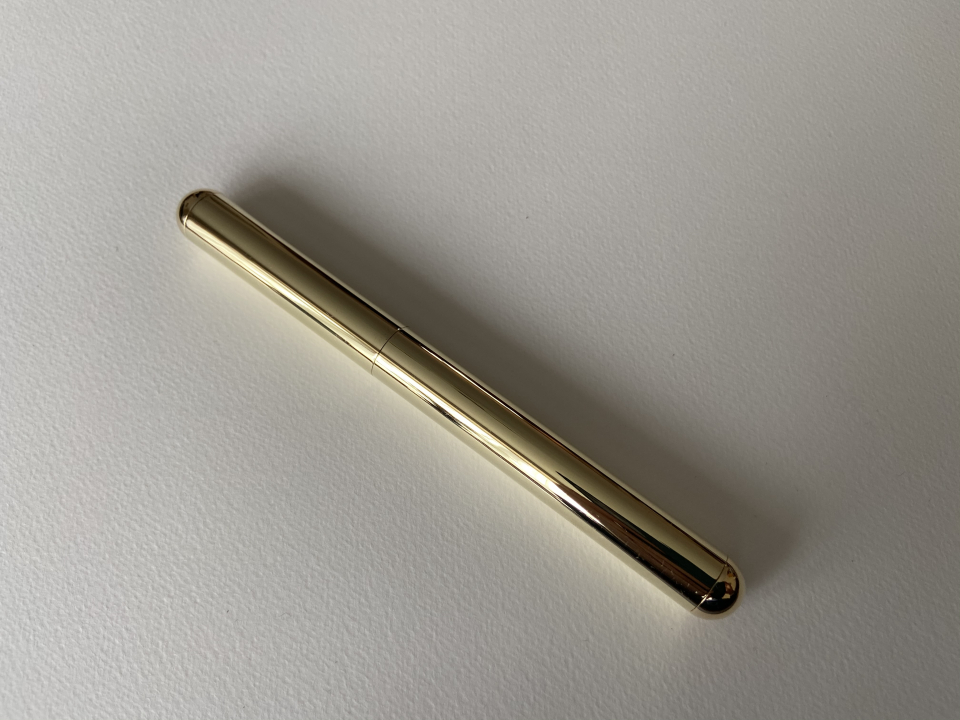 The Kickstarter experience was very smooth, unlike some experiences I have had with other pen projects. There was a delay with the Bock nibs (I almost expected that), but I was kept updated in a timely and very polite fashion.

I missed the initial delivery, as I was away, and hadn't expected it to arrive so quickly. Redelivery booked and the pen duly arrived yesterday. The box is classic, sleek and does its job, with just the name of the pen on the outside. Inside was the pen, along with a hand-written thank you note - a very nice touch. 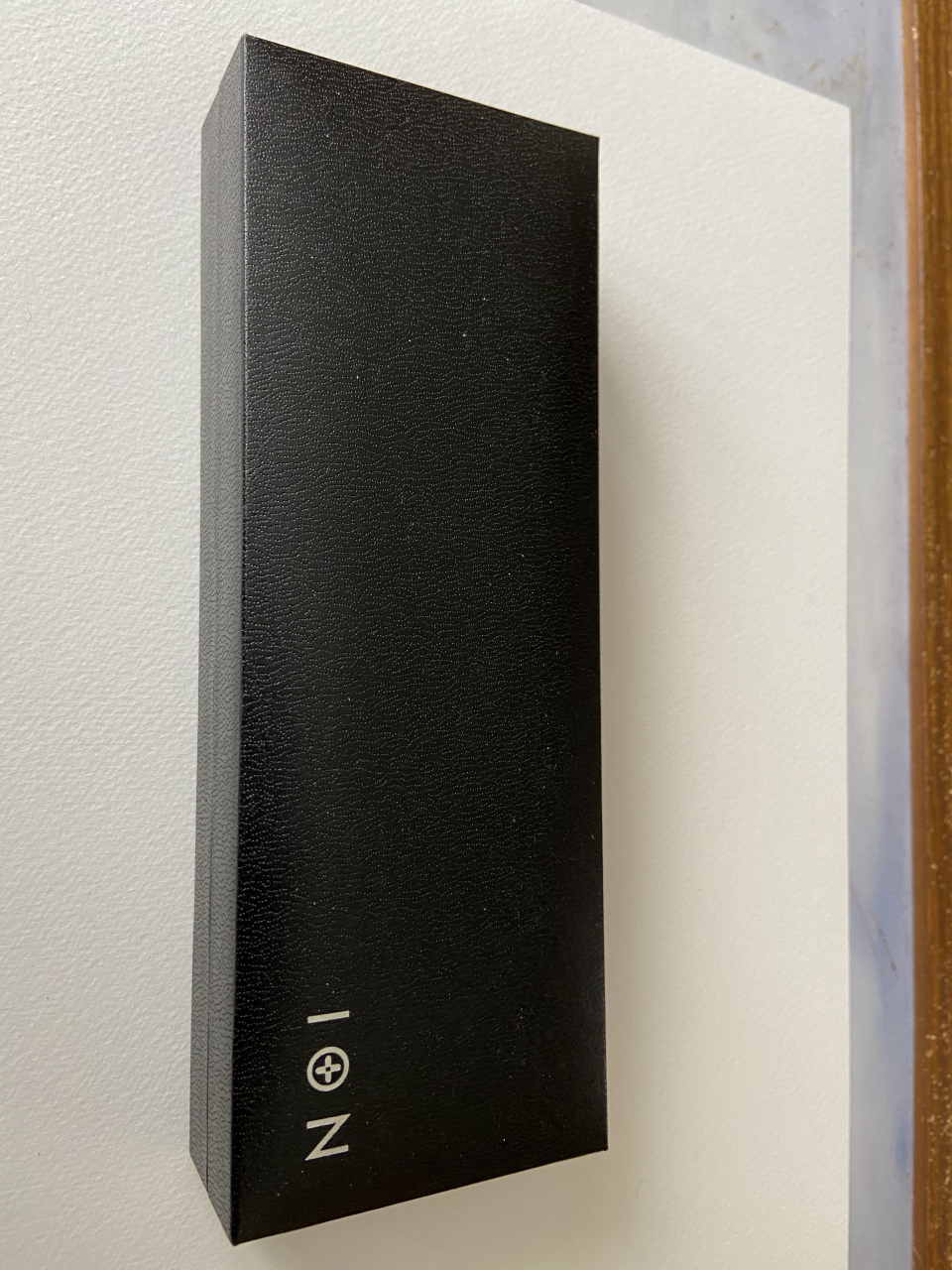 The pen, as stated in the Kickstarter, has no branding on it; it is simply a long, shiny tube. My pen is heavy, as expected, but once the cap is off, the balance is fine in the hand, despite the fact it seems to be quite a long pen. The Bock nib is large, so if you like to hold your pen close to the paper, then this isn't the one for you. My nib was slightly loose in the grip when it arrived, but a quick twist fixed that. The section is reasonably slender, much thinner than, say, the Namisu Nova (the only other brass fountain pen I own). I found the pen comfortable to write with, but I do have fairly large hands. I'm also ambidextrous so I usually allocate a pen to one hand or the other. This one suits my right hand better. I have no specific criteria for this choice, it's merely a gut preference thing.

The section feels long, but it isn't really, and the screw thread for the cap isn't sharp, nor does it get in the way at all. As with most metal pens I've used, the body can become unscrewed from the grip with use, but there's a decent thread, so that's not a great concern. Interestingly, the threads are only on the grip and both the body and cap screw onto the one thread, meeting in the middle. On other pens I have, the body screws onto the grip and then the cap onto the body. That's certainly the case with my Nova and my Kaweco brass rollerball. Is one approach better than another? I have no idea. This one on the Ion certainly looks sleek and the body and cap have beautiful bezels so they meet and slightly overlap on the inside. I do love a nice bezel; it makes me think quality for some reason. I ordered this pen with a broad nib. I usually write small, using a fine or extra-fine, but sometimes a juicy broad is needed. I think it suits this pen. 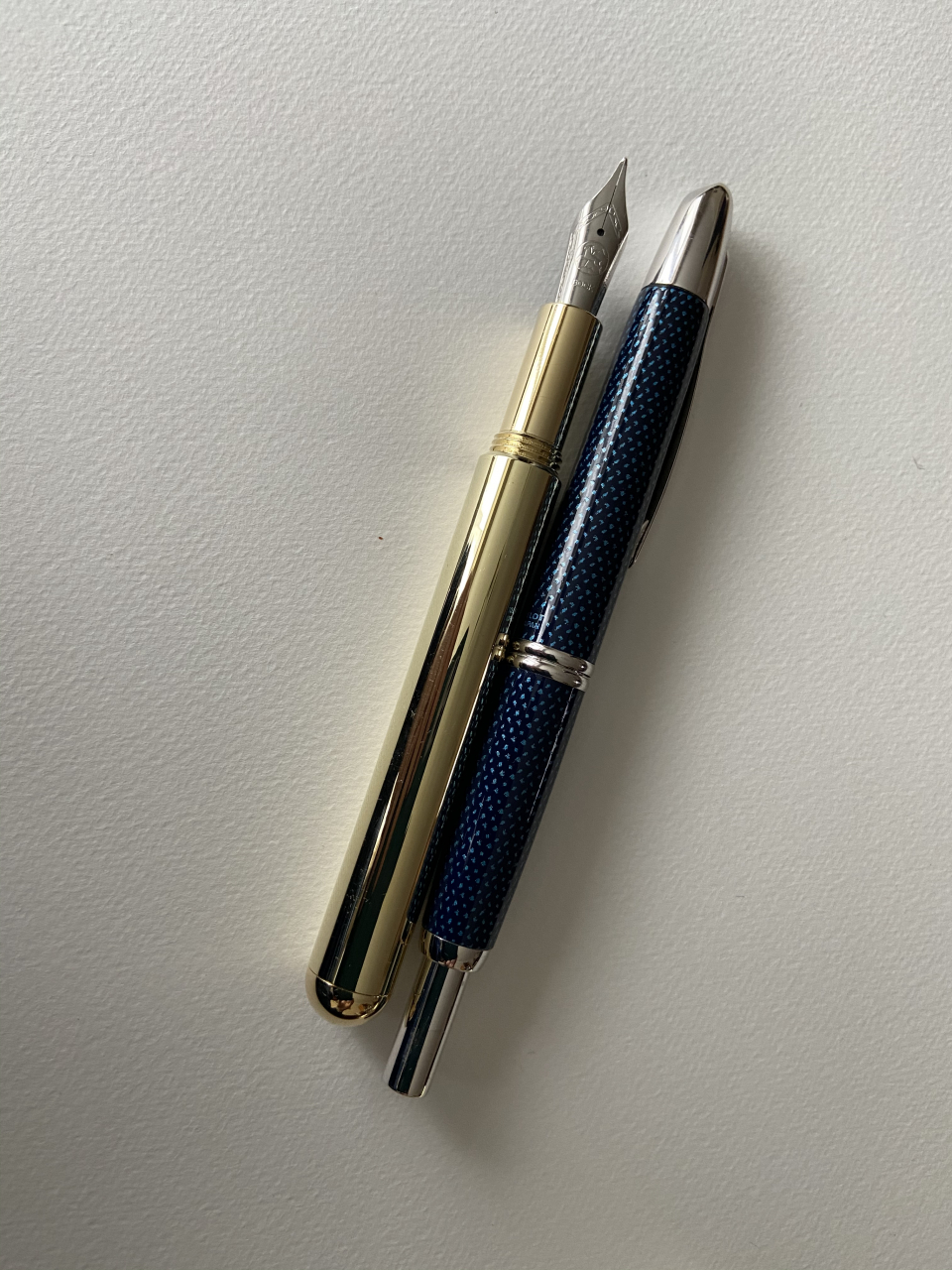 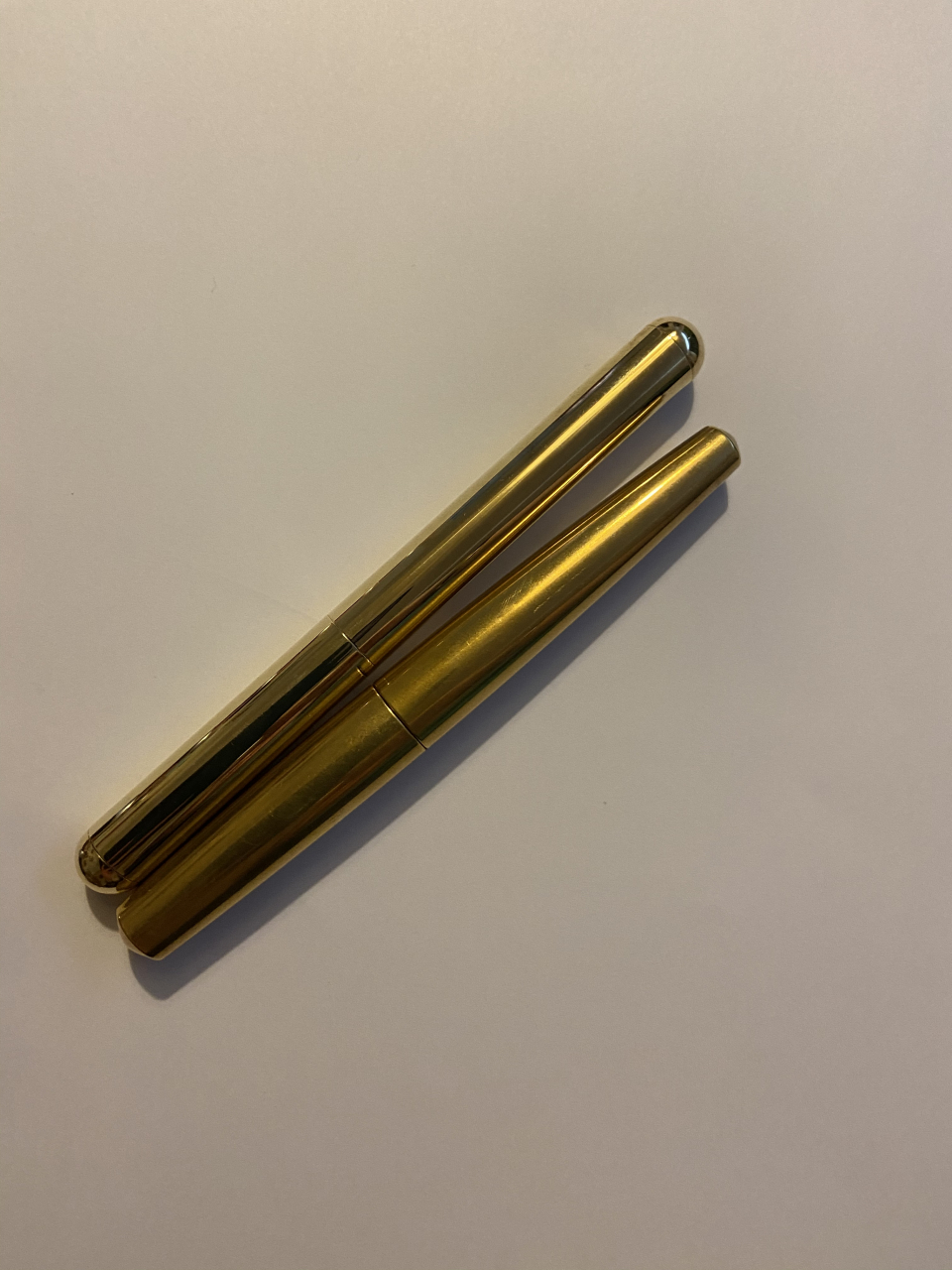 All in all, I'm very pleased with the Ion, although I've not had it long. It's heavy, but not too heavy; it's very well made and exudes quality. As it's a new pen which is still going out to backers I haven't seen many reviews yet, but check out this review from Scribble Monboddo. Naturally he filled his pen with purple ink. Mine is currently filled with Waterman Serenity Blue, but I have a feeling it might get Diamine Monboddo's Hat next, a Fountain Pens UK Facebook group ink, named in honour of the aforementioned Scrib. Until our 2020 teal ink comes out, of course - watch this space!